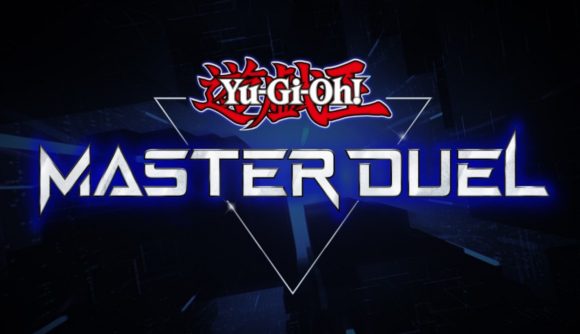 Yu-Gi-Oh: Master Duel promises to be the Yu-Gi-Oh game fans have awaited for ages, with a robust take on the original rule set and plenty of ways to play online. The developers at Konami have unveiled some new details on the game as part of a presentation at Tokyo Game Show, including a rough release window.

Yu-Gi-Oh: Master Duel will launch “this winter” for PC via Steam, as well as PlayStation 4, PlayStation 5, Xbox One, Xbox Series S and X, Nintendo Switch, iOS, and Android. As previously announced, the game will be free-to-play, and a combination of in-game rewards, real money purchases, and events will allow you to unlock over 10,000 cards.

Master Duel will feature a solo mode, with story-driven missions divided up between illustrated narrative segments, practice missions that introduce you to mechanics, and full duels with AI opponents. Only the first half of the Konami Master Duel presentation has been translated to English, though the full-length video with new gameplay is available in Japanese.

You can see the translated portions of the presentation below, starting at the 40:00 mark.