Xreal Games has announced their new VR shooter, Zero Caliber, available on Steam from November 9th. The game takes players to a United States in the not too-distant future where people are killing each other for drinkable water. But more importantly, the game offers you the chance to manually throw and catch ammo, and we’re pretty sure 99% of the game will be spent doing that.

Zero Caliber will let you play the entire campaign by yourself or by teaming up with friends, in an environment that offers “hyper-realistic gun control”, a fair amount of customisation, and the aforementioned physics that let you pelt some ammo at your teammate. Xreal has said that the game will feature a PvP mode but that will arrive early next year.

From what the trailer shows, it does look like you’ll be able to run around freely, though that won’t get you very far. Instead, Zero Caliber put an emphasis on being aware of your surroundings, being able to spot cover and using your teammates effectively is the name of the game in this war.

And that extends to your loadout as well. The game’s customisation does seem quite varied, with the game’s description saying there’s enough options to fit every play style and lets you “combine your favourite gun with your favourite attachments on-the-fly to find out which variation suits you the most.” 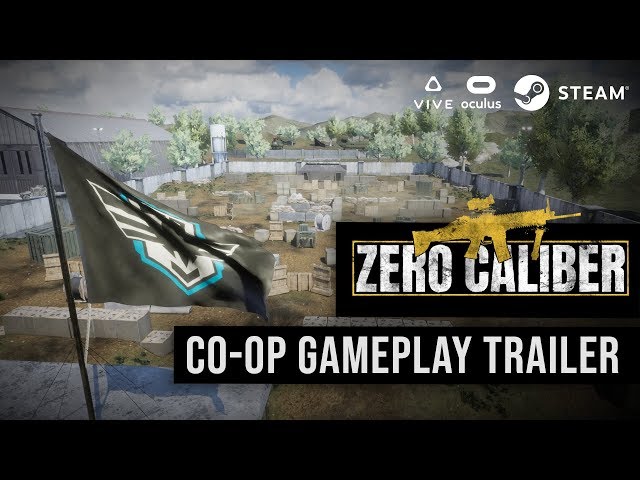 It’s caused quite a stir on r/gaming, where a clip of a player fitting attachments by hand and tossing magazines to teammates has 94,000 upvotes under a post titled ‘the Future of FPS Games‘. It’s an ambitious billing, but these 36 seconds of footage have got us more excited about VR’s potential for adding new gameplay to, and immersing us in, the shooter genre than anything else we’ve seen in a while.

Zero Caliber will be available on Steam from November 9th on early access, with the game’s roadmap aiming for a PvP mode and more missions in early 2019, and a full release in mid-2019.