There’s a purity and an earnestness to the Zombie Army 4: Dead War demo that I admire. It takes the absolute basics of a co-op zombie game and drives them home. It doesn’t do much to surprise you which in some ways means it struggles to stand apart from other games, but what it does do, it does extremely well.

As veterans of Zombie Army Trilogy will know, the premise is that Hitler has resurrected all of Nazi Germany’s fallen soldiers as zombies in a last-ditch attempt to win World War II. Whether this qualifies as a zombie ‘apocalypse’ is moot, because it means most of the same things. First: there are zombies. Lots of them. There are weapons with limited ammo, and you’ve got some mates to scream at when you’re about to bleed out. Ah, the sweet simplicity of it all.

Not that you’ll spend much time thinking about the backstory as you play Zombie Army 4. From the demo I played, it seemed obvious that you don’t need to pay much attention to anything being said, or to search for a trace of a plot, because the path ahead of you is clear. You start in a safe house, open the door, and kill everything in sight on your way to the next safe house. Rinse and repeat.

The zombies are just slow enough that you can sprint past one to find your friends, but their numbers grow fast enough that they present a very real threat, and are appropriately terrifying if you find yourself cornered. But that’s just the normal zombos. 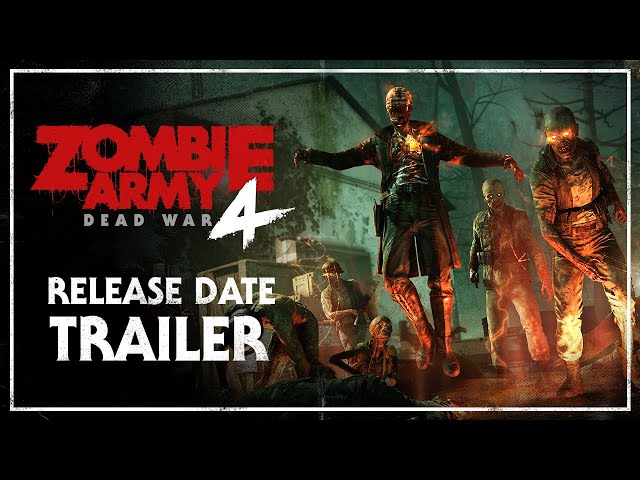 In true Left 4 Dead fashion, there are several variations which can all ruin your day if you aren’t careful, including suicide bombers, armoured giants, officers, screamers, and more. Sometimes I find myself thinking ‘where did you even get that?!’ as a zombie with a chainsaw sprints toward me. There’s a healthy variety to the enemy types, and they’re all executed with a self-aware B-movie campness that’s endearing and amusing.

‘Amusing’ might be the best word I can find to describe the grim and gory nature of Zombie Army 4. I was amused by the character lines I heard, the battlefields, the zombies – pretty much anything I saw was gently amusing. Lead developer Ryan Baker assures me that there will be plenty of zombie movie references to keep an eye out for in the full game – though, not being an expert in horror film, I’m afraid some of these were lost on me when I played. 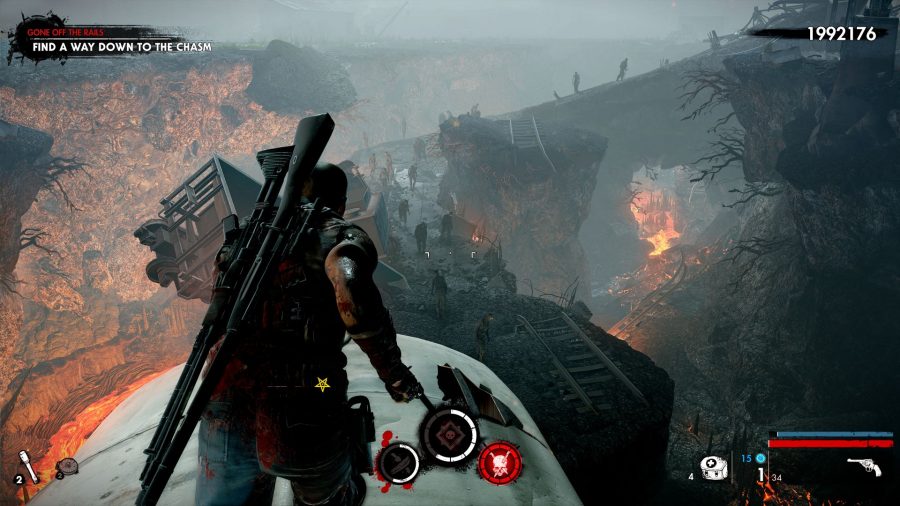 As I play and the fighting gets ever more gruesome, my character is getting increasingly caked in dried blood and dirt, as Baker points out. You can wash it all off in a safe room, which is also where you can stock up on ammo and change your loadout.

For most of my session I rocked a shotgun, a pistol, and a rifle, the latter of which saw the most use as my preferred shooter playstyle is to pop heads at a safe distance from the thickest fighting. And given that Zombie Army 4 is borrowing a page from Sniper Elite’s killcam, it had plenty of rewards for me: headshots were frequent and slo-mo footage of impressive kills were aplenty. And yes, that includes testicle shots.

Not content with getting a testicle shot, Hector has elected to go for an explosive finish too. That's just showing off.

At no point did I feel like any gun pulled their weight differently from the others. Each was useful in certain circumstances and weak in others, and I was always a little lower on ammo than I’d like to be. The menus for the guns showed that you could modify them here and there, but I imagine those modifications come with hours of playtime. But at no point did any weapon feel OP, until we played the horde mode.

Remember the zombie chainsaw previously mentioned? I soon discovered that the most fun you can have in Zombie Army 4 doesn’t come through weapons you can find in the safe house, but from those you’ll find after defeating particularly difficult undead. These guys will beat you up and knock you down, but kill them, and the next few minutes of gameplay become Ken doll smooth. These weapons don’t last forever, and carrying them makes your character significantly slower, but that little taste of mad power you get from torching swathes of enemies with a hefty flamethrower is simply delicious. 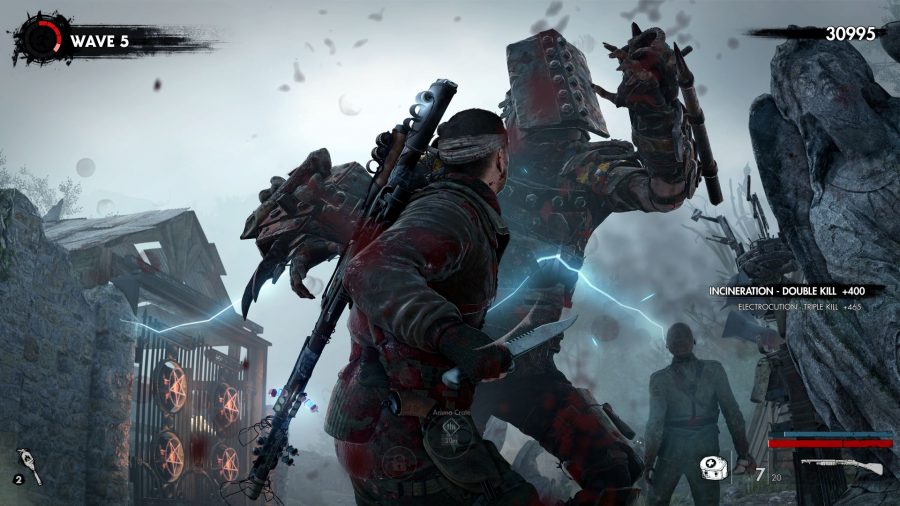 And yet the best moments of my demo session involved the people around me – despite playing with people that weren’t my mates, we were soon coordinating our efforts and laughing about the game, and the situations thrown at us. Encouraging each other, calling out new ammo drops, asking for help, and flagging up a particularly vicious enemy on the way – we talked about everything. Watching my score clock up on the right side of the screen, comparing it to the rest of my group and chasing down a kill just to keep my lead – all of this is the best part of the Zombie Army experience.

Zombie Army 4 is most fun when played with other people, just like Left 4 Dead. Hearing your group screaming through a headset as you run around together is where you get most of the fun. If your old L4D group is ready to go (and for some reason hasn’t been getting along with Vermintide 2), then Zombie Army 4 is absolutely worth a look, but I don’t know how fun an individual experience would be. You’re not really there for the story, and facing a horde alone could be kind of, well, lonely.

More than anything, the demo of Zombie Army 4 showed me that the game achieved everything it wanted to. It’s a fun, almost mindless (in the best way), zombie-slaying horde game where you don’t have to overthink the themes, the plot, or really anything too much. You have a team and a gun, and you need to kill everything in sight. And sometimes that’s all you want. Gore for gore’s sake.