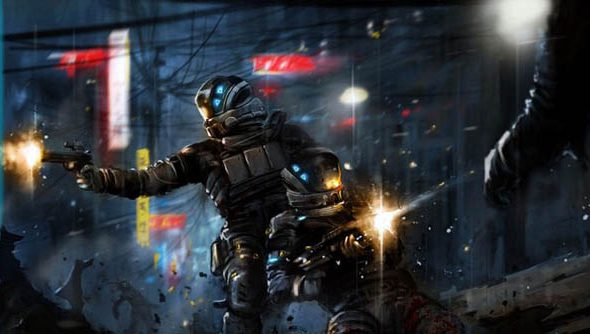 Zombie Studios, makers of the Blacklight games, have become the second company to announce a partnership with Epic Games to develop games with the Unreal Engine 4. They’ve licensed the engine to dominate the world and develop a psychological horror game. It will worm its way into your mind and mess shit up, scarily.

Polygon spotted that Zombie Studios had released a press release announcing their decision, they then went on to copy parts of the release, parts likeZombie Studios creative director Jared Gerritzen saying”Epic has provided a wholly new kind of foundation for artists and designers. We’ve been able to work in ways we have only dreamed about with UE4, which will be a fundamental benefit to our studio as we move into the next generation of games and take our studio to the next level.” And they didn’t stop with just that, Polygon went on to lift a statement fromEpic’s North American licensing head Joe Kreiner. “We can’t wait to see Zombie’s vision for its newest project come full circle.”

Zombie Studios hope to release their game, which remains undetailed at this point, in Q2 of 2013. I polled the team about what date Q2 isand we came back with a couple of times: everything from April through to “I don’t fucking know, look it up on a calendar”.