Following on from Infinity Blade 3 going free on mobile, Epic Games have decided to let developers download and use a bunch of Infinity Blade assets in their games, for absolutely free.

There is one caveat, however: your game has to be made in Unreal Engine 4, which is also free, sort of. If you make a game in the engine, Epic takes 5% in royalties, which isn’t a bad deal, but it’s hardly free.

The assets are a sweetener, though. The content you have access to in the Infinity Blade pack equates to a £3 million investment in art and sound design, with 7,600 assets shipping in eight packs total. Here’s what’s in the packs:

This is a photo of a man with a face: 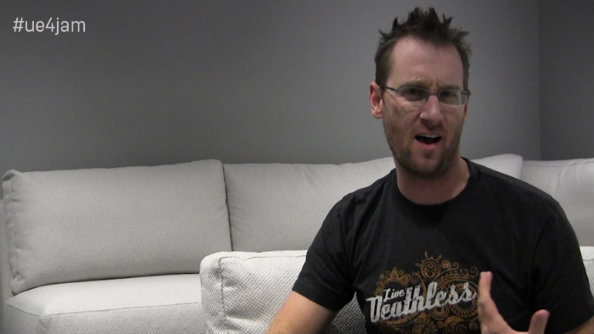 Much of the content comes from an unreleased game called Infinity Blade: Dungeons, and it’s yours if you want it. Go HERE for all the details. You can also take part in a Game Jam this month and shake your assets.

The theme is “live deathless”, and that man with the face has a t-shirt saying that very line. He has the expression of a man who just landed a screwed up bit of paper in an off-camera bin to his left. What a legend.