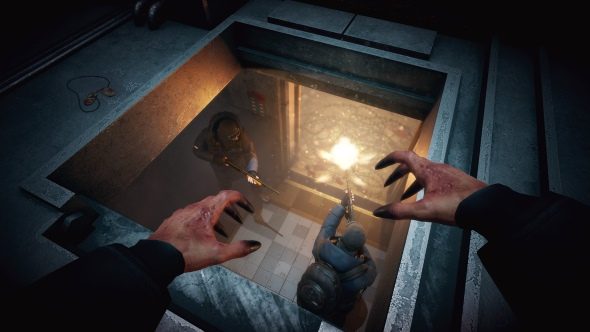 Indie studio Fntastic have had an interesting time these past few months. Originally developers of top-down survival adventure The Wild Eight, ‘internal conflict with partners’ led the studio to sell the game to its publisher while it was still in early access, and move on to another project.

The studio have regrouped now, and have just announced their second project: The semi-cooperative zombie FPS Dead Dozen, wherin a team of twelve players are gradually whittled down, becoming undead brain-eaters one by one. If nothing else, you can’t deny that they’ve got a consistent naming structure worked out.

It feels we’re over the hump of zombie zeitgeist (its all Battle Royale now), but we’ve still got a mountain of shambling undead across the PC gaming landscape.

Details on Dead Dozen are a little thin on the ground at present. What little information can be gleaned from the official site makes it sound not entirely unlike your classic old-school FPS zombie mode, where the last living player is counted the winner as the team is chipped away at and eventually outnumbered by turned players.

What I find intriguing are the screenshots. There’s something about the images of gruff tactical-geared figures defending crumbling barricaded windows that reminds me of Rainbow Six: Siege, and I can’t help but think how good that kind of environment destructability would be for a zombie survival scenario. Sure, you could throw a grenade in there and clear the room, but you risk blowing a hole in the floor or wall and giving the undead an even easier path to your location.

But this is just conjecture. At the moment, all that exists of the game is the teaser trailer above, three screenshots,an announcement and a short FAQ detailing the minimum specs for the game and their plans for a first alpha release by January 8th. There’s also the option to preorder the game for $15 (half off the planned $30 price-tag) in order to gain access to the first build once it goes live on Steam, but it’s not something I’d recommend at present. At least, not until we’ve seen the game in action.