Two intrepid pioneers embarked on a 48-hour VR expedition despite all the virtual reality manufacturers’ worrying they’d end up killing themselves. It left them with a tattoo, nausea, and some serious goggle marks…

Your VR experiments aren’t going anywhere without the right graphics card. Check out our guide to the best gaming GPUs to see which one you’ll need.

Dean Johnson and Sarah Jones – a marketing guru and a Coventry Uni academic respectively – wanted to, in Johnson’s words, ‘show the outside world that VR has a place in our lives and is there to complement it, rather than replace it’.

Johnson approached multiple VR companies, but they weren’t interested in getting involved. “Mostly because they thought we’d die,” he says.

That makes sense: having a gamer die using your headset isn’t exactly great promo, but Johnson and Jones weren’t so concerned about their mortality. What followed was the duo embarking on the real-life pursuits of karting, getting tattooed, and walking on the wing of a plane, all while they had different headsets strapped to their faces. Five minute bathroom/blog breaks every hour were the only concession in this mad undertaking. 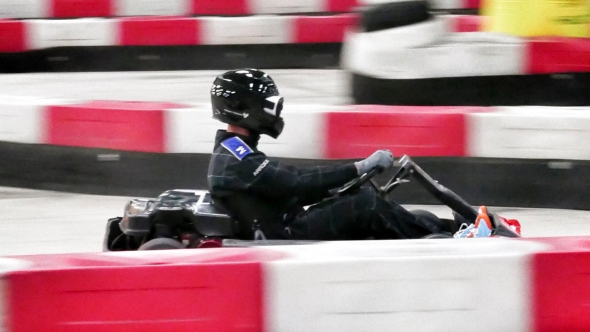 Using Samsung Gear’s VR headset, the pair first went karting, with the headset feeding them a camera view of the track. The fact they could get up to a decent speed and not crash has exciting implications for competitive driving, as the tech means race information and ghost competitors could be visible to the driver. Of course, the camera shake and letterboxing means current headsets won’t be hitting F1 this year, but it’s an exciting glimpse into the future.

Not content with narrowly avoiding a car crash, Johnson decided he should get tattooed while wearing a VR headset to see if it distracted him from the pain. And it worked – his heart rate of 103bpm while not wearing the headset dropped all the way down to 74bpm while he was playing Gunjack on the goggles. He also described his pain levels as dropping from a 10 to 6/7. We’re not saying all tattoo studios should buy VR tech, but… 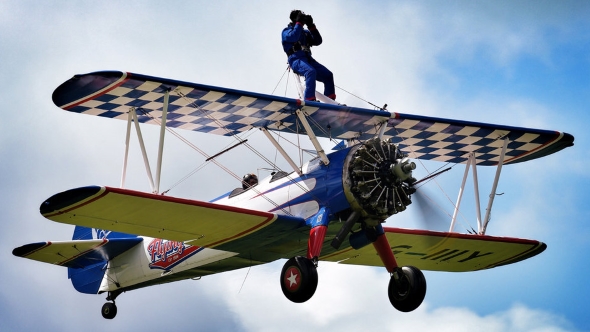 The pair also took part in wing-walking on a plane mid-flight, although Johnson reckons the buffeting wind would’ve been better complemented with a VR dragon ride than with the restricted view he got through the Gear VR goggles. “If everything you were seeing felt real, that would all be amazing,” Johnson says.

Perhaps the most interesting find, though, is the complete immersion you get from waking up with a VR headset still running. “When you wake up in VR, you just believe everything… it’s kind of like waking up in an unfamiliar hotel room. You may not know where you are or what the timezone is, but you just believe you’re in a hotel room. Why would you not?”