Absolver is a damn fine game – see our review if unconvinced – but its online-focused nature means that, when lag strikes and the servers buckle, the entire experience collapses in on itself. In the face of a dwindling Steam review score from frustrated players, developers Sloclap pushed out an update last night that hopefully addresses the worst of the reported issues, and you can see the full change-log here.

Looking for something to fill the void while patching continues? Here are some of the best multiplayer games on PC

Sadly, the reaction to this patch from the playerbase has been notably mixed. While anything on the Steam forums should be taken with a generous pinch of salt, there are reports that the influx of players returning in hopes of experiencing a smoother game is ironically causing the servers to buckle and lag to worsen once more. There are also continuing complaints that the lack of an Oceania region server leaves the game hamstrung for Australian players, although that’s a separate issue. 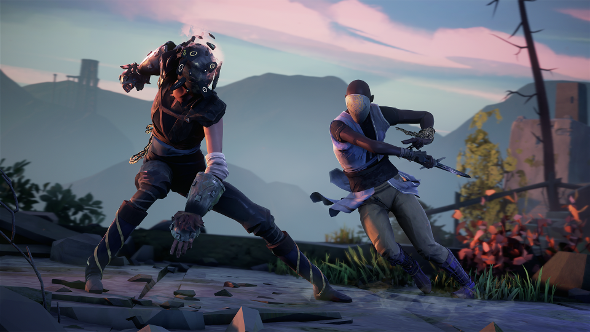 Being a melee combat game, any latency or lag is twice as difficult to handle in a game like Absolver. While most modern FPS netcode is heavy with smoke and mirrors designed to make firing and impact feel instantly responsive even when real reactions are delayed, you can’t get away with that in a game about punching and kicking. It’s a problem that has plagued fighting games online for years, and every major studio seems to have their own solution to the issue.

Reports of lag and technical problems have clearly not helped the game in terms of active playerbase. While Devolver are rightfully proud of it as their largest, most successful launch to date, the concurrent Steam playerbase (according to Steamcharts) has dropped sharply since release, from a heady ~19,000 Steam players to a mere 2,400 at peak yesterday. Hopefully the developers active patching efforts will stabilize things, and the game will once more find its footing.