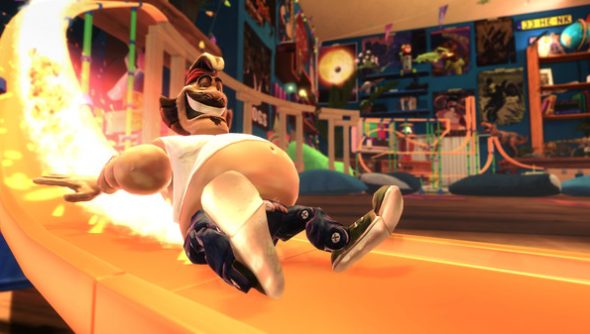 In the wake of the TinyBuild and G2A controversy, another developer has gone on record to speak out against “shady resellers”, saying they’d rather people pirated their game than someone else profited from it.

Short on cash? Play through our list of the best free PC games and cheer yourself up.

In response to a Reddit thread about G2A and the Hearthstone community,Lex Decrauw, founder of RageSquid (creators of Action Henk), spoke candidly about his feelings on the topic.

“I’m a game developer with a game on steam and please just torrent my game instead of supporting shady resellers, I’ll even give you the download link,” he wrote. “I understand people aren’t always able or willing to pay full price for a game, but seeing people play my game is the most important thing to me. Just torrent it instead of putting money in the wrong hands.”

We reached out to Decrauw and he expanded on his comment. “We feel this way for a couple of reasons,” he said. “The first is that we make games to entertain people – we want to see people play what we made and we want to see them have a good time. That’s why we don’t mind if people pirate our game, especially if the alternative is that they would never play the game at all.

“We believe that piracy isn’t all bad. If someone pirated the game, likes it and tells their friends “this game is great, you should try it!”, those friends who might’ve never heard of the game might play it and perhaps even buy it, that’s good enough for us,” he added.

“We prefer that a gamer pirates the game as opposed to paying G2A for a key because we feel that G2A and similar market places are facilitating a black market economy as explained in the TinyBuild article that started this discussion. At RageSquid we haven’t had a run-in with G2A-like marketplaces yet, but that’s because we’re not yet partnering with a lot of resellers. However, we are planning on partnering up with bundle sites in the future and we’d like to avoid situations like what happened to TinyBuild.”

If you haven’t been following the latest goings on, TinyBuild accused G2A of facilitating the sale of $450,000 of fraudulent keys, allowing them to be sold for less than half that price. G2A have put out a public statement about the whole thing, and TinyBuild have since responded to that, which is also at that last link.

We also spoke to the CEO of Trion Worlds, who talked about how many resources the company has had to devote to tackling this kind of fraud. We reached out to G2A for comments on this article, but are yet to receive an official response.

It seems to be a growing concern across the industry that these kinds of companies are becoming so popular. It’s no surprise, with the amount of famous YouTubers who openly endorse them in their video descriptions.

This concern has also spread to the gaming community now, with various Reddit threads popping up and urging people to be wary of these low priced game deals. We’ve seen this latest thread shared onCounter-Strike, Overwatch, Dota 2 and Hearthstone over the last 24 hours.

Additionally, we recently investigated the key reseller’s optional buyer’s protection, G2A Shield, and discovered the subscription service wasn’t exactly easy to back out of.