Are you… a gamer? I know, I know, that might seem like a dirty word these days. But did you know that there are over 2.7 billion gamers around the world? Did you know that gamers might include “your neighbor, your aunt, and your boss”? Did you know that gamer demographics are changing, and those outdated stereotypes no longer apply? Well, it’s a lucky thing that Activision is here to provide this information in the form of – let me check my notes here – a custom 3D explorable art gallery.

Yes, my friends, you can head over to Activision’s new Gallery of the Gamer to explore a digital art museum filled with exhibits profiling the six ‘gamer personas’ that the company has identified as part of a recent gaming demographic survey.

The exhibit opens with a friendly voice to narrate, and a wall marked with a single question: “are you a gamer?” Two giant hands rest on either side of that question – one says yes, the other says no, and you must choose your path into the exhibit. Spoiler: both paths lead to the same place because we’re all gamers, whether or not you identify with the label.

Inside the gallery, you’ll find a selection of totally-definitely-I-mean-it-real pieces of historical art, such as the ancient Greek statue of the Player One, a mythological figure holding a controller, who represents the historical demographic of obsessed lifestyle gamers. 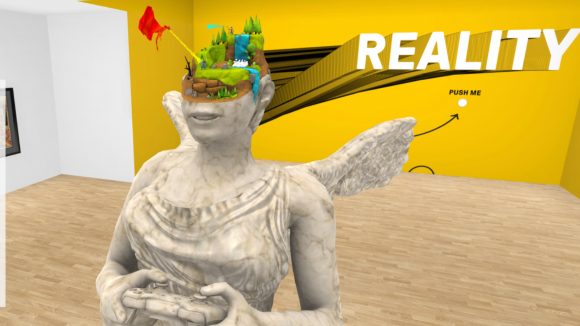 For something a little more modern, you can check out Balance of Power, a piece of pop art inspired by the Denialists, a group of gamers who are totally hardcore even if they won’t admit it. That duality is represented by a human face on one side insisting on a non-gamer status, while a Warcraft orc emerges on the other to represent the absurdity of such a claim. 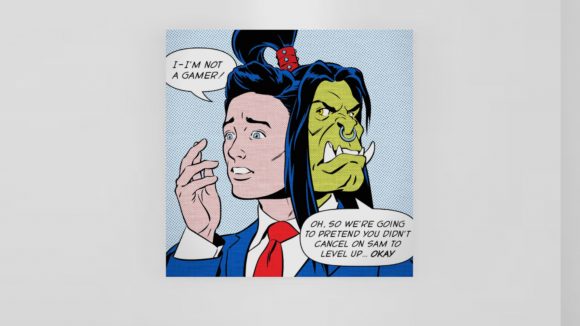 It’s deep stuff. How about the Japanese woodblock print about the Next Levelers, playing competitive Overwatch for an audience in Kabuki theater. 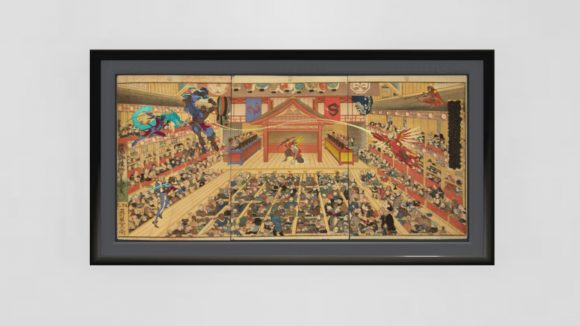 Look, in seriousness, I get that this is probably a useful marketing thing for Activision, and as much as we, the gamers, have been hearing about how ‘gaming isn’t just for basement-dwelling dudes anymore!’, there’s always someone new who needs to hear it. This whole digital art gallery is just a lot. I guess that Call of Duty money has to go somewhere.

Gamers make up almost 1/3 of the world’s population, yet the full picture of gamers remains largely unseen.

We surveyed over 20,000 gamers to better understand the gaming audience.

Discover the findings in our interactive gallery experience. https://t.co/30CnXRS7g6 pic.twitter.com/FUf5Eslmfb

But hey, whether or not you call yourself a gamer, our list of the best PC games is sure to have something you’ll enjoy.