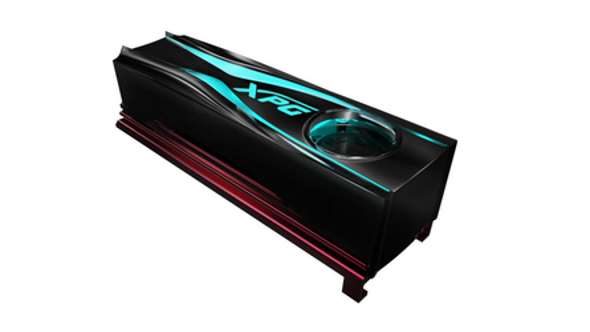 Sure, fitting your motherboard with every type of cooling solution under the sun will certainly keep your components chilled. But for every great idea, there are a few duds thrown in too. Adata are launching their latest M.2 chiller, the XPG Storm, an SSD heatsink with a dedicated fan and that crucial RGB component – but just because we can, does that mean we should?

Want the best SSD for gaming that money can buy? Look no further.

M.2 drives do tend to run a little hot, early in their inception it was a problem quickly swept under the rug, but now the thermal throttling tendencies of these tiny, rapid-fast drives has come to light and manufacturers are quickly moving to capitalise on this latest performance threatening behaviour.

In an effort to keep temperatures low and drives working at peak efficiency even under heavy load, manufacturer’s have been fitting thermal-aiding stickers, passive cooling heatsinks (often included with mid- to high-end motherboards), and even active cooling solutions – this time, in the form of Adata’s XPG Storm RGB heatsink. 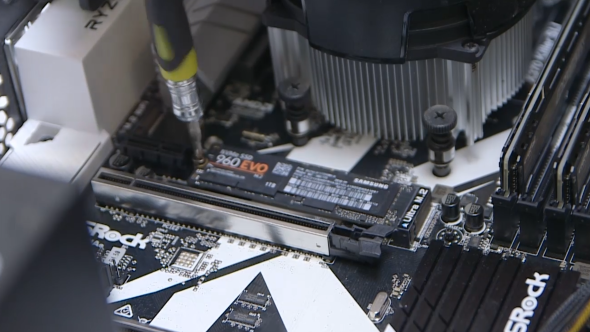 This chunky heatsink adds 2.4cm to the height of your slim M.2 drive, encompassing an aluminium heatsink and a miniscule fan to keep that cool air moving around those precious storage chips. Of course, it comes fitted with RGB lighting, as we all know that’s what keeps your SSD really cool.

The best fan designs aren’t just about keeping a rig chilly, they are about reducing that ever-present, unequivocally awful, and downright frustrating turbine whine. Most well-received 120mm and 140mm fans nowadays have been doing a valiant job of keeping this noise to a minimum, yet at 60mm and smaller, this fan whine is often as prevalent as ever. Sometimes more.

The XPG Storm incorporates a fan no bigger than 2.2cm wide, and if past experience is anything to go on, it’s going to be as yappy as a Yorkshire Terrier. It’s possible that at low-RPM, this tiny fan won’t produce noticeable noise compared to the likely ginormous GPU drowning it out, but that hasn’t been the case with previous attempts at more localised motherboard cooling – such as Asus’s old chipset fans… the less said about them the better. 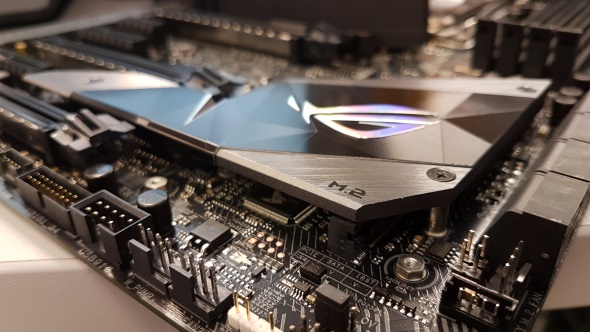 With miniature fans often living for a good time and not a long time – the scales are certainly not in the XPG Storm’s favour. It’s bound to cool your M.2 to some degree, but for how long, and how well after that fans long gone? The added heft of that heatsink also may cause some disruption to other components, specifically graphics cards – if the cooler fits at all, that is.

M.2 drives do have a tendency to overheat under continuous stress, but good airflow and the occasional well-designed passive heatsink will mitigate a lot of the M.2’s self-destructive capabilities. The average gamer also won’t be putting their M.2 SSD under the consistently heavy loads required to cause throttling most of the time regardless. The XPG Storm is reminiscent of when memory went through the cooling trend with the Corsair Dominator’s cooler or the Airflow PRO, and we don’t see many of these still in use – for good reason.