Advance Wars is a famous game series beloved by many Nintendo fans. The first entry landed on the Game Boy Advance (scholars maintain this was where the name originated), which was then followed by several fabulous instalments until 2008, when the 3DS got Advance Wars: Days of Ruin and all news about the series fell silent. Not even a Super Smash Bros character.

With no Advance Wars on the Wii U or the Switch either, it’s been over a decade and nothing has been announced or hinted at. Nintendo fans are surely feeling a little neglected, so can you imagine how us PC fans feel? A great game available on a separate platform that we’re not allowed to play? How totally unfair.

Well, now I think about it, we’ve got plenty of other options. Yeah, we don’t need Advance Wars, we can make our own fun on PC! So that’s what this is – I’m going to give you a list of all the games that you can play that are all a little bit like Advance Wars in their own way, but on PC instead. Enjoy.

Is Advance Wars on PC?

No, it isn’t unfortunately. As Advance Wars is a Nintendo property and has only appeared on Nintendo products, it’s very unlikely that it’ll ever come to PC. However, this list is here to make sure that you find an appropriate replacement instead. 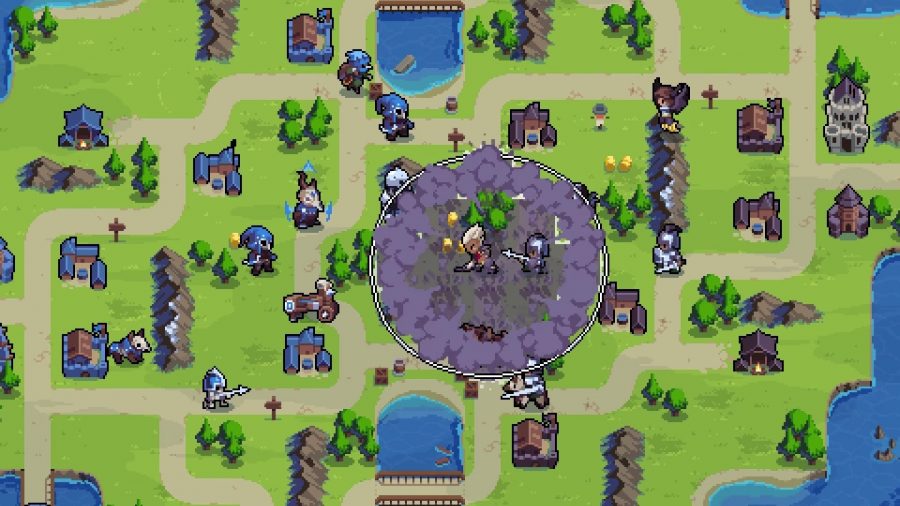 Wargroove is probably the closest that any PC, and indeed Nintendo, fan is going to get to another Advance Wars any time soon. The game is directly influenced by the Advance Wars series with a very similar top-down design, accompanied by animations and mechanics that also call to mind the Nintendo classic. You pick a commander to play, before going to war with your opponents.

You can either take over the HQ of your enemy or beat up their commander to win, and there are similar modes for you to play with your mates. Wargroove also recently received the free Double Trouble DLC, with a multiplayer campaign mode and even more characters to choose from. So what are you waiting for? Here’s a Steam page. 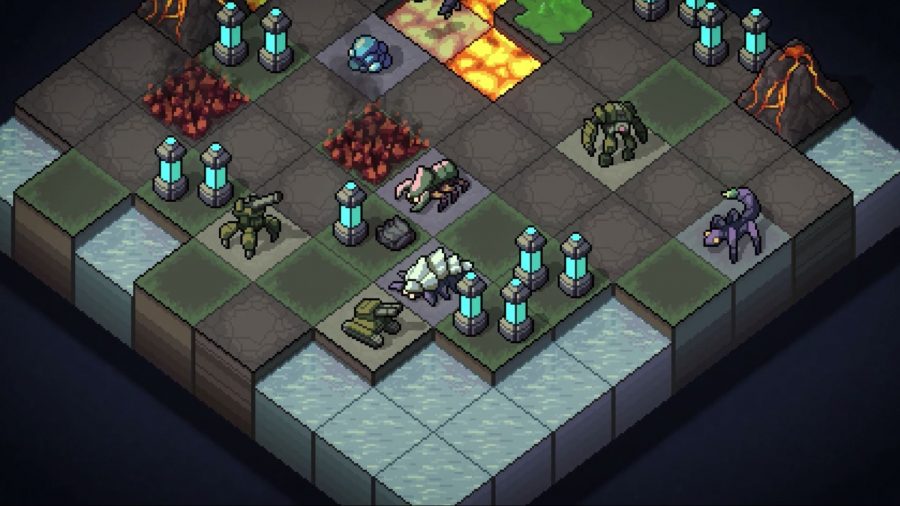 Into the Breach came out to waves of critical acclaim, thanks to a mixture of cute pixelated graphics, challenging yet rewarding gameplay, and a soundtrack people don’t stop raving about. Granted, Into the Breach is a little more puzzle-y and roguelike-y than Advance Wars – if you don’t find the best solution, then your units will likely get smashed up a little, possibly dooming your campaign to save humanity from marauding aliens.

But as a result, you’re always searching for the best solution to the battle ahead, and when you clear a level, the sense of accomplishment is awesome. I can keep telling you how great Into the Breach is, or I can give you a link to the Steam and Epic pages. 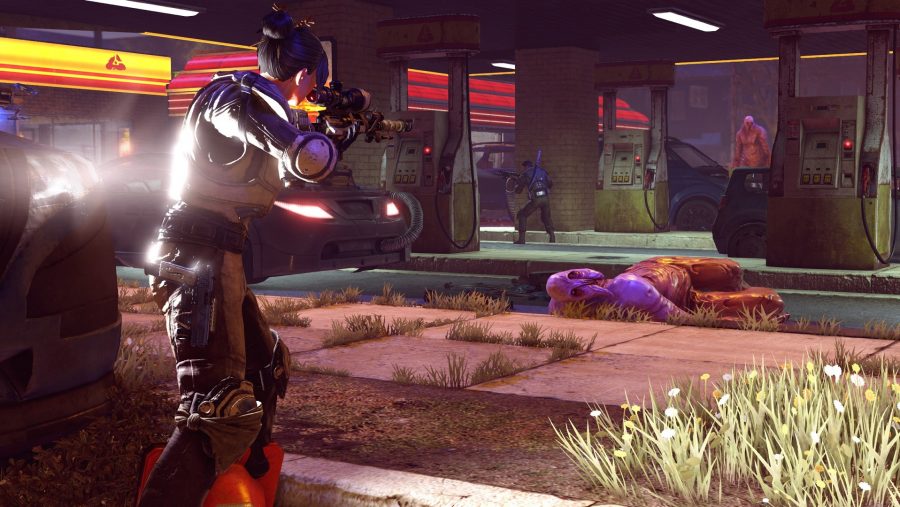 XCOM 2 is the best of the best when it comes to turn-based tactics. It might not look or feel much like Advance Wars, but it’s on this list anyway because XCOM 2 feels like the burly older brother of all turn-based tactics games. It’s muscular, sort of badass, and suitably edgy.

In short, if you played Advance Wars as a kid (or young person) then XCOM 2 might be your best bet as a more mature version of yourself, and hey, its gameplay is beyond impressive in its own right. You can check out its Steam page. 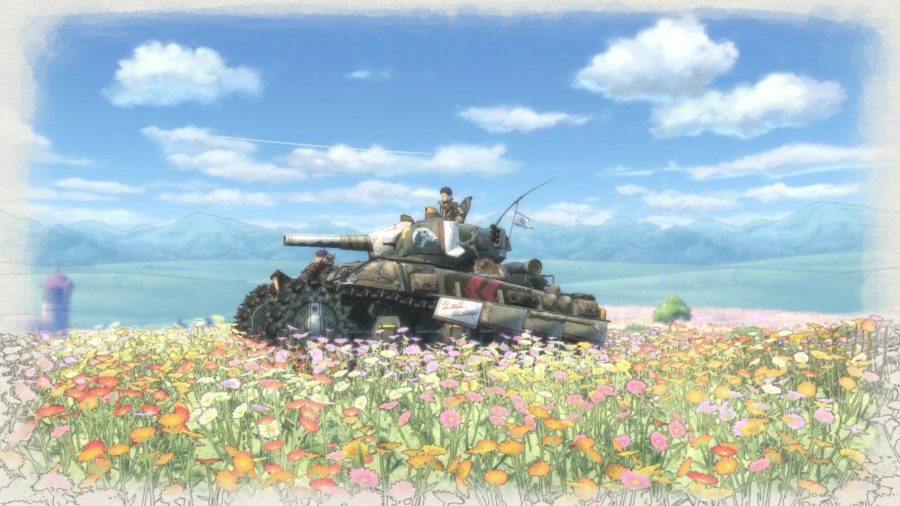 Storybook aesthetics, yet still a warzone – Valkyria Chronicles is a very pretty Advance Wars alternative. The gameplay is less constricted than any of the previous mentions on this list – the units you play are able to run back and forth more freely than the traditional strategy game.

And then when you add the ability to aim those units’ weapons, the format of Valkyria Chronicles lands quite firmly in its own interpretation of strategy gaming. There are several Valkyria Chronicles games you can play on PC, but I’ll link the first and the latest, so you can decide which looks the best for you. 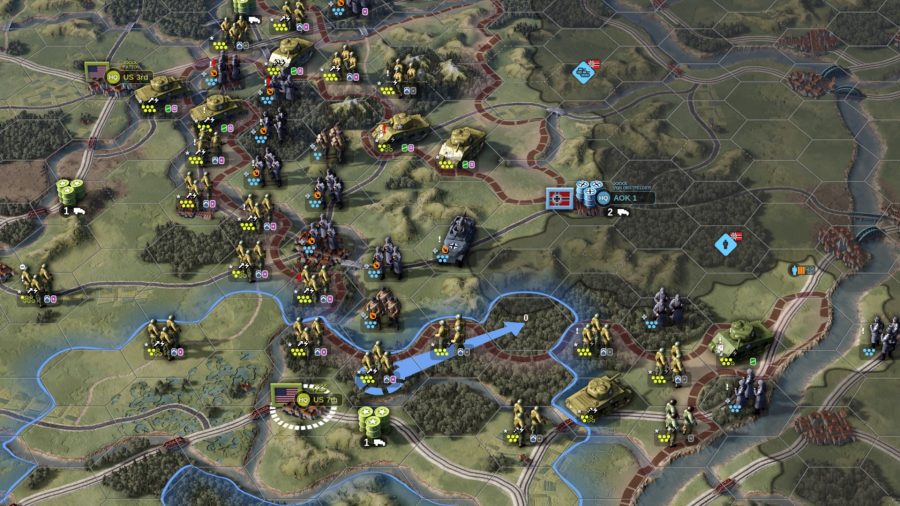 Unity of Command 2 takes the logistics of war and serves them up on a platter for you to play with. From the visuals alone you might think it was a Civilization game crossed with Advance Wars, and you wouldn’t be far off the mark. Unity of Command 2 balances on the line between complex strategy and simple mechanics.

You can get to grips with the game with relative ease, but random events and more in-depth strategy adds a hefty dose of unpredictability. This is a good thing – Unity of Command 2 throws situations at you that you might not expect. If you want to try it out, here’s the Steam page. 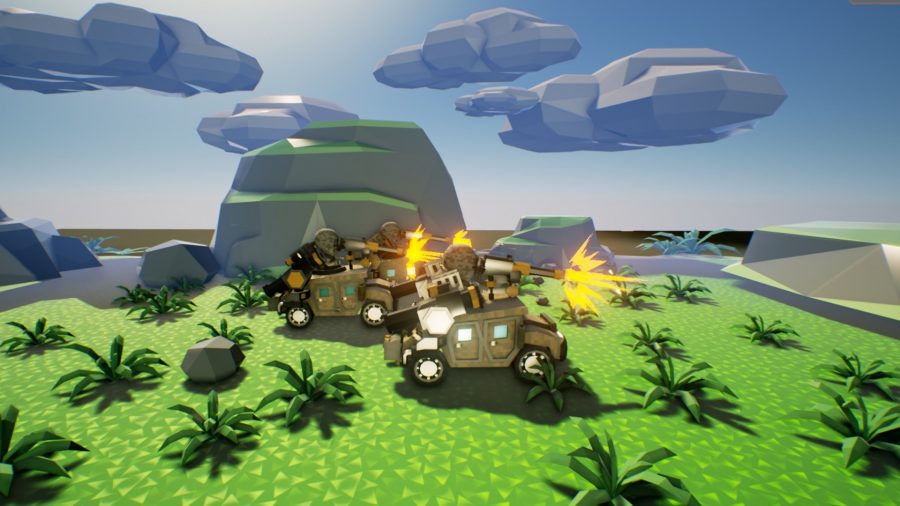 Tiny Metal is a game for those that have heard of Advance Wars but haven’t played any turn-based strategy games previously. That’s not to say that Tiny Metal isn’t a fun experience, because it’s certainly enjoyable, but rather that the game has taken Advance Wars as a major influence, much like Wargroove, but if you’ve played Advance Wars this might be more of a step backwards than an evolution.

Tiny Metal is the game to play if you’re not all that familiar with strategy games, and need a good starting point, with lots of character and a cartoony style. Here is the Steam page. 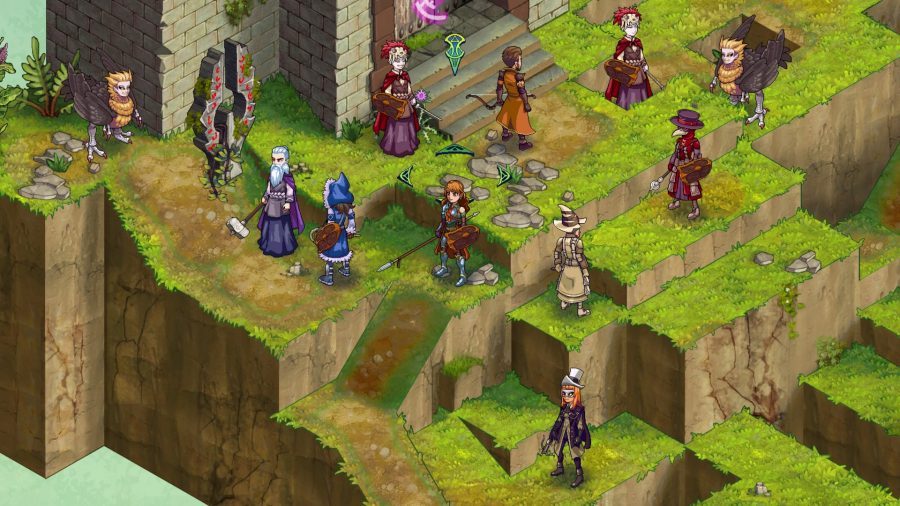 Fell Seal: Arbiter’s Mark is probably a little less Advance Wars, and a little more Fire Emblem: Three Houses when you look at it. The units you’re controlling are people rather than the tanks and artillery of Advance Wars, though the pixelated, block movement style of the combat is definitely comparable. Where Fell Seal: Arbiter’s Mark innovates, however, is in its dozens of classes.

These combine with hundreds of abilities to make the gameplay a fresh and compelling main draw, serving up a good story on the side as you go. If you’re interested in seeing what the game has to offer – and it’s a lot – here’s the Steam page.

So those are all the games like Advance Wars but for PC I can think of. If none of these tickle your fancy, have no fear – our list of strategy games is here!