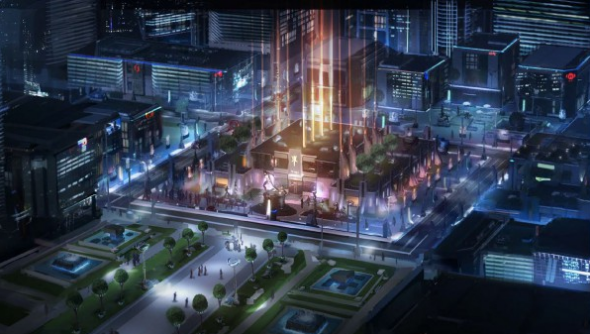 2K Games is cryptically teasing a new game called Advent. I say game, from the ‘adverts’ so far it could be pretty much anything, but since 2K is a games publisher I’m going to bet on it being a game.

The teaser shows off what appears to be in-universe advertising for some kind of utopia, but it appears that this is naught but empty promises.

The gif in the above tweet sees the advert poster for Advent break up into what appears to be a hacked message warning of the perils of the company’s promises. The tweet is also accompanied by a fictional website for Advent, which details the plan for easy living for everyone. Hovering your mouse over certain sections of the website sees images and text glitch out and replaced with anti-Advent messages.

Whatever Advent is, it seems obvious that we’ll be looking at a corporate dystopia setting. It’s not hard to imagine a tale of someone who buys into the system, only to be recruited by the rebels and boosted to become the hero of the resistance. But let’s not jump the gun just yet.

The 2K Twitter feed offers little else, but is clearly building to some kind of big reveal. E3 perhaps?