Today, after years of speculation, AEW officially unveiled its videogames. The wrestling promotion has multiple titles in the works, including a mobile booking sim called AEW: Elite General Manager, and a traditional wrestling game that doesn’t yet have a title. All Elite Wrestling provided the first details on the games as part of a stream to launch the AEW Games brand.

That main, traditional wrestling game is, of course, the most exciting. It’s got a lightly stylized aesthetic, and features wrestlers including Kenny Omega, Chris Jericho, and Hikaru Shida – and the footage includes intergender competition, as well. It’s coming to “current and next-gen consoles”. (Fingers crossed that the door’s open for PC, as well.)

It’s in development at Yuke’s, the Japanese studio which previously co-developed the WWE 2K series and which, in different times, made titles like Smackdown: Here Comes the Pain. The team also includes No Mercy director Hideyuki Iwashita. VGC reported in 2019 that Yuke’s staff had become frustrated with the limitations of developing the 2K series, and was planning to launch a new wrestling game.

AEW’s locker room is stuffed with nerds, and talent has been teasing a big videogame effort for ages. AEW conveniently has some game industry talent in its ranks, too. Referee Aubrey Edwards has a decade of experience in videogames, and is helping build the AEW Games initiative. 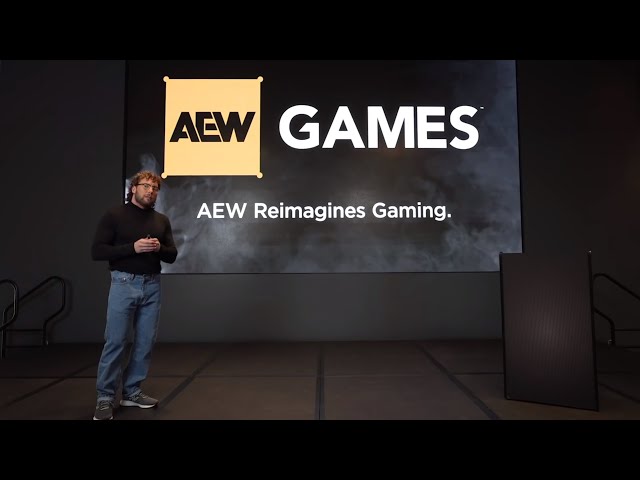 Check out some fighting games to fill your need for choreographed violence ahead of the launch of AEW’s titles.