Hell has suffered some bad PR in games – from the fiery pits of Diablo, to the screams of torment in Dante’s Inferno and the gore-covered landscapes of Doom, it’s not exactly the stuff of tourist brochures. It’s time for an image rehabilitation, and in Afterparty, Hell has had a makeover you’re going to die for.

Night School Studio, the developer behind the supernatural adventure game Oxenfree, has reimagined Hell as a party that never ends. Bars and pubs line every street, their neon signs glaring in the darkness. Demon bouncers guard the gates leading to some of the underworld’s strongest beverages – the ones that will turn your insides out.

You play as recently deceased Milo and Lola; best friends who have found themselves in the afterlife. Both buds are on a mission to find out how and why they died, and what’s the harm in enjoying an epic drunken bar crawl along the way?

If an eternal bender isn’t your idea of a peaceful afterlife, there is one way to escape. Word is that if you manage to outdrink Satan he will grant you a second chance on Earth. But what’s the rush? Grab a cocktail and relax. 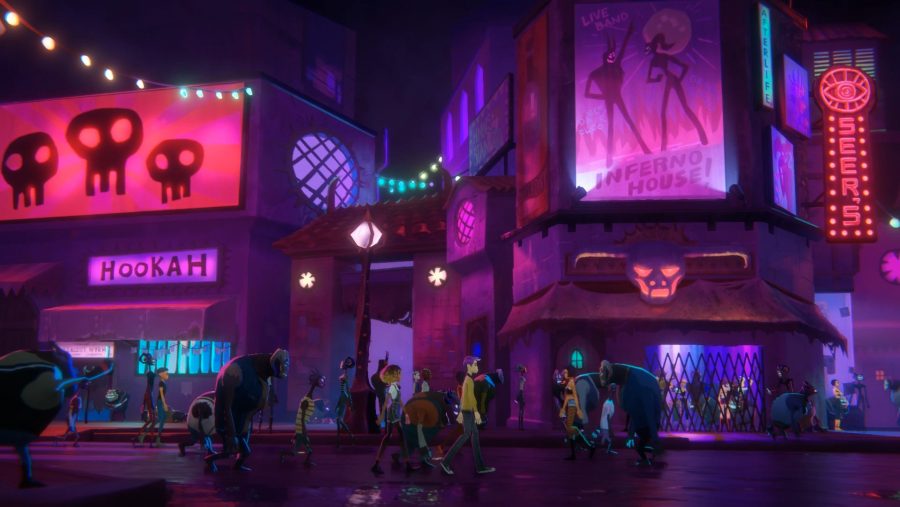 “We were trying to come up with a design that put the player in a location where lots of other different characters from different walks of life would be,” Night School Studio co-founder Sean Krankel tells me. “We thought a bar is definitely the right location. Here’s a place where people with different backgrounds and histories all congregate for a similar purpose.”

Read more: Check out our list of the best indie games

With the location of Afterparty decided, Krankel explains that the game started to take shape from this boozy foundation – the storytelling and mechanics falling into place.

Once you're at Satan's house party, all the rules go out the window

“Drinks became a really interesting extension of that,” Krankel says. “They can help the player modify how they speak, what they say, and there can be themed drinks that unlock dialogue options that make the characters feel more flirty, aggressive, or talk like a pirate – whatever we want.

“We danced around for a long time thinking, ‘Who’s the craziest person you could party with?’ Then we decided, well, Satan of course.” First, though, you have to build up your tolerance to alcohol and drink your way to the top. Satan’s Monarchs lurk around the toughest bars in the underworld. Finding and beating them will take you to the very corners of Hell, which isn’t as harrowing as it sounds in the setting of Afterparty. The world is vibrant and full of life, despite being filled with the walking dead. 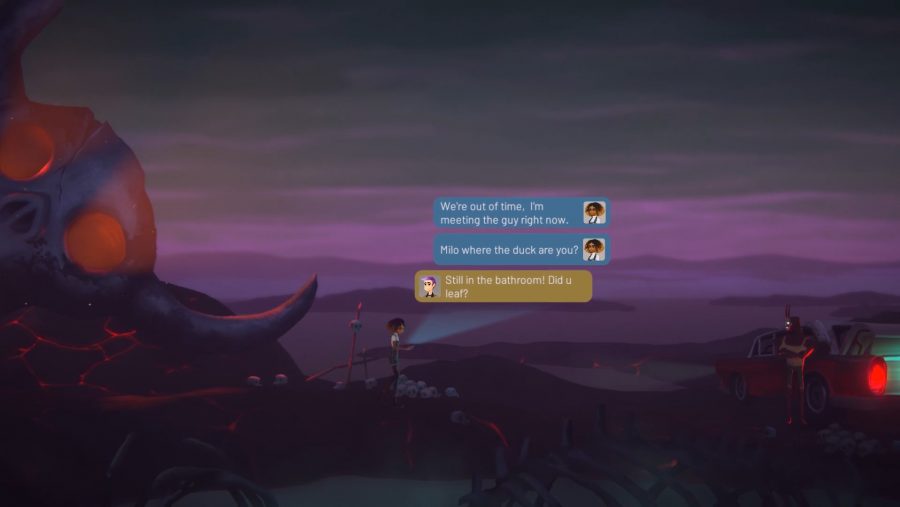 Usually mixing drinks can get you one hell of a hangover, but Night School has created a concoction of different styles and inspirations when designing its look for Hell. “It can get quite dark in the subject matter, but it’s still playful and whimsical,” Krankel explains. “We wanted our Hell to not be the generic, ‘white people, Anglo Saxon, heavy metal, fire everywhere’, and it’s much more of this mixture of a lot of various cultures and art styles to make it feel like it’s very inclusive. Essentially, all visions of the afterlife is what we’re trying to do.”

We're trying to mirror that vibe of when you go out with your friends. Like, is it a whiskey night or not?

There’s variety in the drinks, too – you can order a number of delightful or dreadful beverages such as a Famous Last Words, Pear of Anguish, or a Bloody Stool – lovely. “The way we’ve approached drinking in the game is not that there’s a right or wrong answer,” Krankel says. “It’s more like, how do you want to tailor your personality? So we’re finding in playtests that people, depending on the mood they’re in, pick a particular type of drink.  We’re trying to mirror that vibe of when you really go out with your friends. Is it a whiskey night or not?”

Drinks don’t only change your actions and dialogue options, they can impact Milo and Lola in a number of spooky ways – and can even create side missions. “One of them, you actually vomit your conscience up and lose it,” Krankel says. “There’s a version of Milo that runs away into the rafters and now all of your dialogue choices are really awful, and it’s a quest to get your conscience back.” 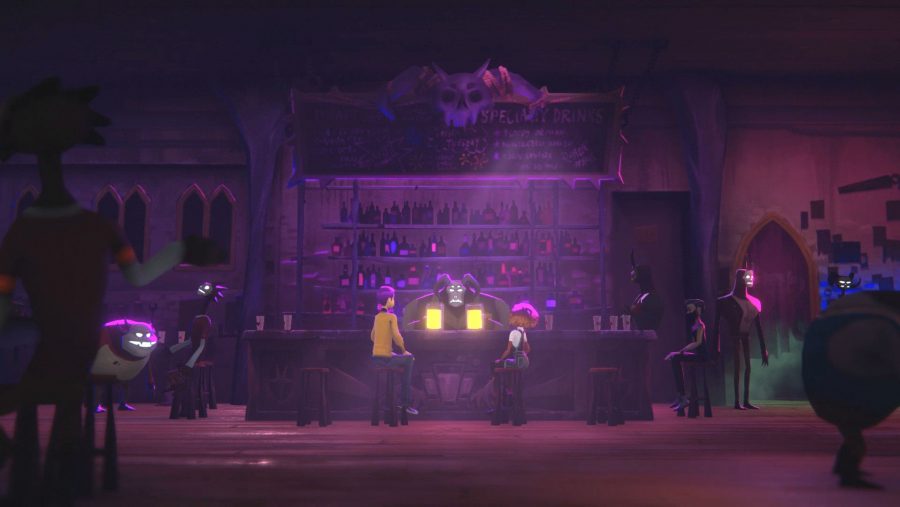 Oxenfree was praised highly for its fluid dialogue system, in which conversations between characters would seamlessly fit together without any weird silences. Krankel explains that the studio wanted to continue to use the same system with the twist provided by the drinks – merging chatting with beer pong, dancing, and karaoke.

Even though the idea of partying at Satan’s house sounds amazing, Krankel wants Afterparty to capture more than just the concept of drinking.
There’s a lot more going on in terms of why are Milo and Lola in Hell,” he explains. “You’re exploring, ‘What is the nature of true friendship?’, and playing as them as a single unit. Watching that change over the course of the night is something that we think is going to be really interesting.”

Read more: Check out our list of the best PC games of 2018

Texting ‘Where R U??’ to the one friend who disappeared, the cold air hitting your face as you go outside for a smoke, getting a greasy plate of food halfway through the night, or chatting to the random people (or demons) you meet at the bar – these are the joys of partying with friends. If Afterparty captures those little moments it’s going to be a riot of a game.