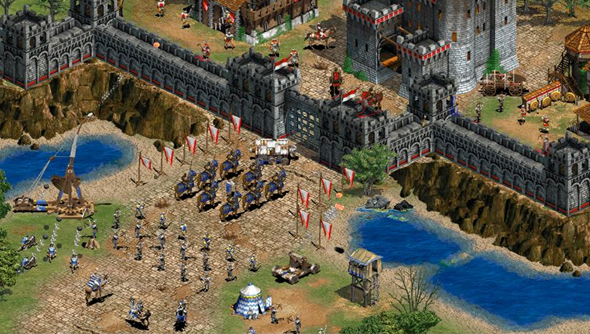 When Ensemble shut its doors in 2009 it largely ended the life of the studio’s biggest franchise, Age of Empires. I recently spoke to some of the series’ key developers, now making Orcs Must Die Unchained, about the series, its Extended Edition afterlife, and the love their fans had for the game.

“I had two kids come in and start crying in the interview because their whole lives was Age of Empires. They were 18,” Jerome K. Jones recalls. “They got so emotional. Everything they could remember about being young was Age of Empires, it was bizarre.

“There’s a lot of Age fans out there.”

Not least the schools.

“We used to get letters from schools,” Eric Best, a programmer at Ensemble, says. “Things like ‘Your game is the reason my kids in my class are reading Thomas Bulfinch.’ We stretched the truth a little in some places but a lot of it was there and we used to get letter after letter from education organisations how we somehow helped teach kids.”

“We tried to keep things authentic,” Jerome adds. “Age 3 is authentic. There’s a lot of authenticity in there, the units we used, it teaches you things. I know my kids know a lot about the gods that they wouldn’t know without playing those old Age games.”

I asked them whether they’d seen the new Extended Edition, HD remakes of their games.

“I was one of the designers on Age of Mythology,” Jerome explains. “That was a good game, of all the Age games. We went to the extended edition’s booth at PAX, talked to the guys who are putting it out there. Me and Ian went over there, Ian was a designer on Age of Empires, too. Him and I went over there and talked to some of those guys who never really worked on the game – they’re enhancing the game, right – and they were like ‘Hey, do you guys want to see the game?’ and we were like ‘Nah, we’ve seen it a lot.’

“I think it’s one of the best selling games on Steam,” Eric says.

“It was fine as it was, says Jerome. “It sold 4 or 5 million copies. They’re just making it look more… clearer maybe? That’s not fair, they’ve added some things that we didn’t put in. Global map stuff. It didn’t seem necessary for me.

But they’re both happy to see the games they worked are still being played today by thousands of people. Age of Empires II: HD is in Steam’s Top 100 most played games, despite essentially being 15 years old.

We’ll soon have our hands-on of the especially good Orcs Must Die: Unchained available for you to read.