The Mongol civilisation represents the greatest extent of Age of Empires IV’s civilisation asymmetry. They are the horse lords from the steppes, nomads who managed to conquer and forge one of the biggest empires in history under Genghis Khan and his descendants. As such, they play very different to pretty much ever other civilisation, and are not for beginners.

For starters, they don’t need to build houses – the Mongols start with the maximum population size. They get early access to both horsemen and lancers, and all of their buildings can pack up and relocate somewhere new. You don’t want to be sitting passive with this civ – moving around and exploiting the terrain is key, but the Mongols’ affinity for stone will focus your attention around the major sources of this resource on the map.

The Mongols are rated three out of three starts on the in-game difficulty rating. One of the few things that does play according to the same rules as everyone else is how they age up. You’ll still need to build the landmarks as normal to progress through the ages.

The Mongols start with their population cap set to its maximum value, and so don’t need to build houses. Traders can get +10% yield to Food, Wood, Gold, and Stone on trade routes with more traders.

Instead of building a mining camp, the Mongols build an Ovoo on a stone outcropping that will generate stone at regular intervals. Furthermore, villagers cannot harvest stone themselves, nor can it be gained via the market or via tribute, although traders will generate stone via trade routes. 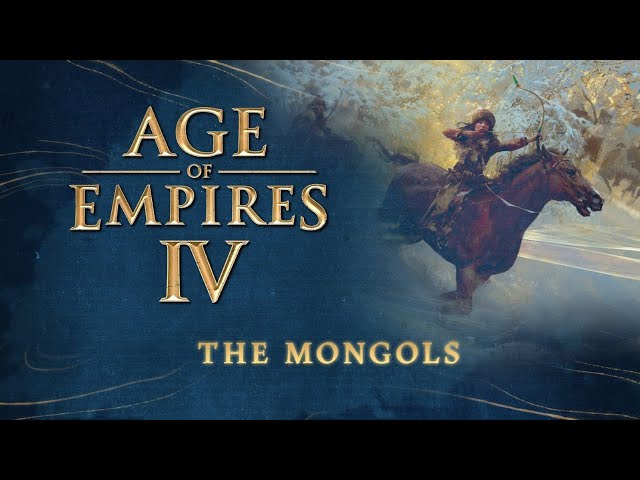 Buildings constructed within the influence range of an Ovoo will either double produce units, or will be able to research better versions of techs.

The Mongols have two unique units; the Mangudai mounted archer, and the Khan, which you start the game with instead of a Scout. You can’t train any more Khans, but they can fire signal arrows that will bestow powerful buffs onto nearby troops.

As mentioned above, the Mongols gain access to Early Horsemen in the Dark Age (I), and then Early Landers in the Feudal Age (II). You also get +50 food and gold as plunder when you ignite enemy buildings on fire.

Note that the ‘Age’ indicates what era you will progress too when the landmark is built:

The Mongols represent Age of Empires at its most creative, but it also means their weaknesses are more pronounced than other civilisations.

You won’t be building many walls or fortifications, and if the enemy is smart they might be able to catch you in a trap, especially when you’re on the move – can you master the Mongols?