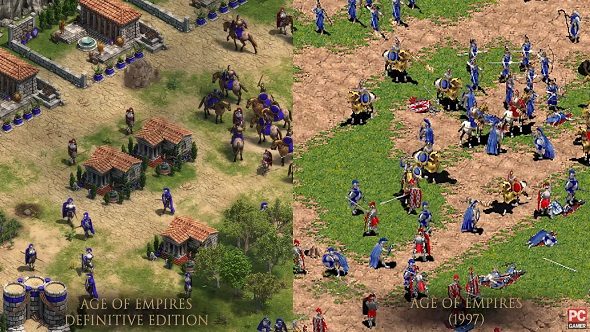 That RTS that literally everyone has played is getting a new lick of paint. Age of Empires: Definitive Edition reworks a classic, adding new zoom levels, 4K textures, and more.

As well as the reworked visuals, the game features a remastered soundtrack and online multiplayer via Xbox Live.

It’s in celebration of the game’s 20th anniversary, so they’ve gone all out, reworking every single asset. There are now double the number of facing poses for each unit.

It’s not just visuals, though, there’s also improved AI, so your units will find their way to your marker more logically via advanced pathfinding. Add to this a modernised UI, more commands, lobbies, matchmaking, stat tracking, and a bunch of other quality of life improvements.

You can sign up for the beta at the Age of Empires site. It will be available on Windows 10. We’ll also be hearing more from the team at Gamescom – perhaps there’s a proper modern sequel coming?