There are only a handful of video games that outlast their initial popularity in such spectacular fashion as Age of Empires II. Never as flash as StarCraft, nor such a prominent esport, it has nevertheless quietly stood the test of time.

This is thanks not only to its status as one of the titans of the base-building variant of the real-time strategy genre back in the day, but also to the continued stewardship of developers Skybox Labs and Forgotten Empires, who produced the 2013 HD re-release, and to the continued loyalty of fans who have continued to play, compete, and produce content via the Steam Workshop.

After 20 years, players have explored many of the intricacies of the game, but few have reported on it so extensively as YouTuber Spirit of the Law. With around 180,000 subscribers and over 150 videos covering a variety of topics from the competitive rankings and viability of the various civilisations in the game, to mechanical details that cover everything from the usefulness of certain units, technologies, or how best to employ units in combat by following Lanchester’s Laws, Spirit is one of the most dedicated of the Age of Empires community.

As a teen, Age of Empires was one of the first games I convinced my parents to buy me for my PC – which up until that point was nominally for school work – and I have retained my affection for it since then. Upon discovering Spirit of the Law’s channel, I was fascinated by the amount of data he had managed to pull together (many of it from records of competitive play in the last lear or so), surprised by both the popularity of the game to this day, and the depths I didn’t realise it had.

With the Definitive Edition approaching (check out our Age of Empires 2: Definitive Edition review here), I reached out to Spirit to ask him about his aims in covering the game in such detail, hoping to better understand the ongoing popularity of a 20-year old classic. 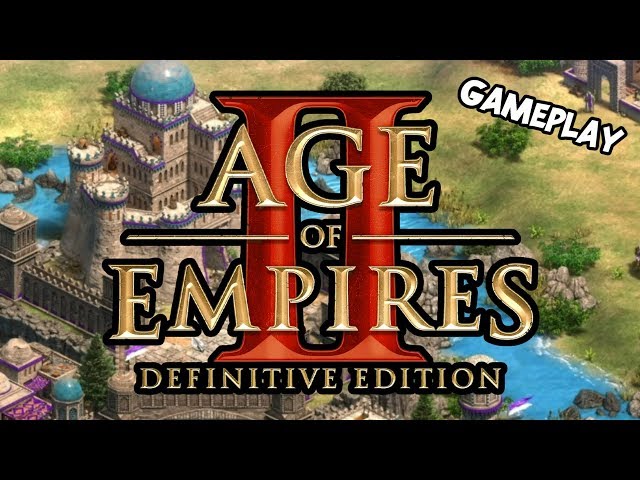 PCGamesN: How did you get into Age of Empires II originally?

Spirit of the Law: Growing up I played a lot of RTS games. I don’t know if it was a sign of things to come, but I actually got into Age of Empires II by reading about the strategies and mechanics before playing the game at all. My dad bought me the official strategy guide for Age of Conquerors as a gift, thinking I owned the game, which I didn’t. After flipping through the book I decided the game looked like a lot of fun and bought it. I lost a few summers playing it in high school, and it’s remained my favourite game ever since.

What do you feel keeps AoE2 so healthy these days, beyond the consistent updates? Is there a certain mechanical element or something under the skin that gives it such an enduring appeal?

I’m glad you mention the consistent updates. The community has definitely been infused with a lot of energy from new players thanks to the release of the HD version on Steam and the recent expansions. I give props to Microsoft for recognising the potential Age of Empires had for a comeback. 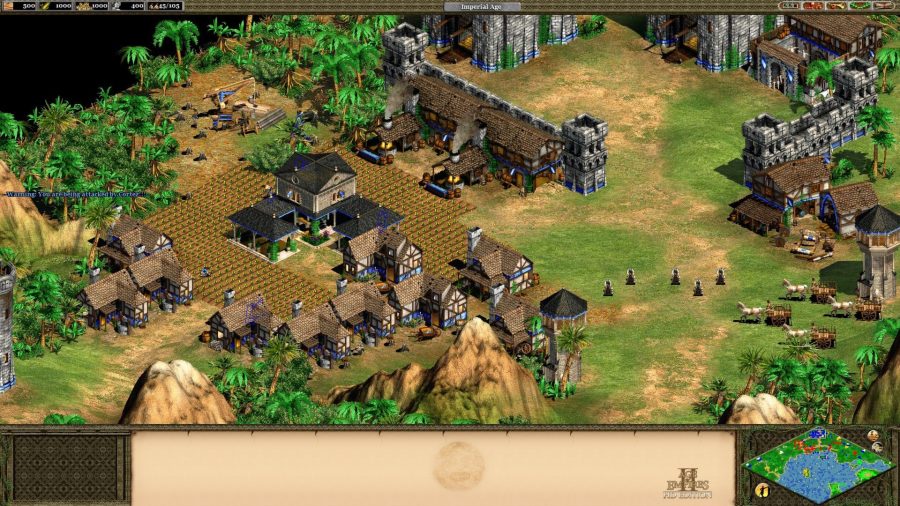 I think in terms of what has made Age of Empires II successful, to have the kind of longevity that it has, it must be doing a lot of things right. One thing that jumps out to me is how well it balances making things intuitive for new players, while also having endless depth and variation for veterans. Between the randomly generated maps, 31 civilisations, and variety of unit counters, you could play a thousand games and all of them would feel unique. Age of Empires sometimes feels like a game of rock-paper-scissors where you have a dozen options to choose from and can play multiple choices at the same time, and yet it all still makes sense.

That being said, every game starts the same with one town center, three villagers, and a scout – that’s it. Everything after that unfolds because of your choices. Even as you add new buildings all over the map, you still have a sense of ownership over it and it all makes sense to you because you’ve built it all yourself.

What has the reception in general been to your content?

Early on I got a bit of pushback, with one person even telling me I was ruining the game for them by revealing some of its mechanics. At the end of the day, I guess there’s two kinds of people: those who want to know how the magic tricks work, and those who prefer not to. In my videos I analyse game mechanics in a way that’s similar to how forums have covered them since the early 2000s, and I’m essentially just continuing that tradition. 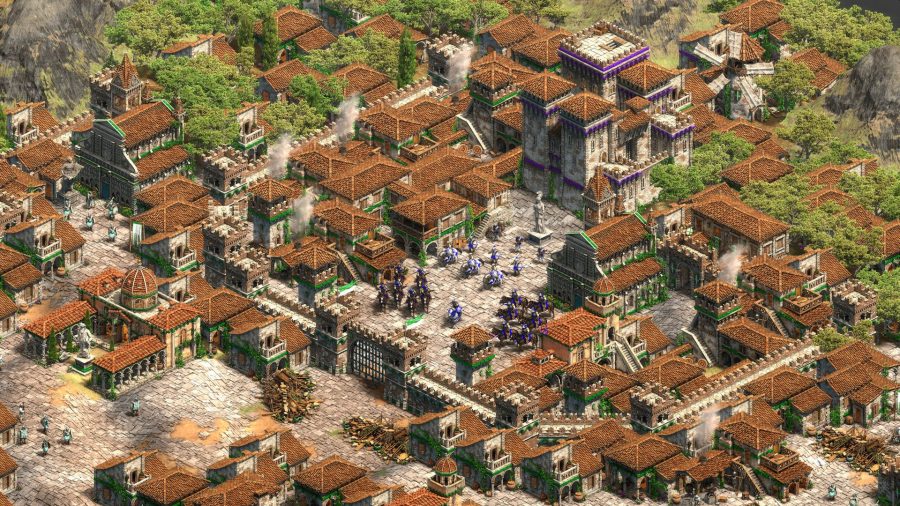 Do you see a lot of back and forth between your analysis of data and the current competitive meta?

I wouldn’t say there’s been a lot of crossover. I’ve included interviews with expert players on a few specific topics, and I know a handful of expert players follow my channel, but most of my videos aren’t aimed at teaching people to play at a high level. I liken the relationship to baseball. If the AoE scene is Major League Baseball, I would be the physicist that analyses what forces make the curveball move the way it does. For me, working out the mechanics of what’s going on is fun for its own sake. At the same time, a professional doesn’t necessarily need to understand the details of how something works – they just need to know what actions to take to get good results, and then practice until they can execute it consistently at an elite level.

How do you choose what to focus on in your videos? Is there a particular aspect of the game you prefer?

Every video starts with a question I’m curious about, and like so many things, once you start digging into a question it opens up other questions. For example, I did a video ranking all the civilisations according to their online win rates, but after doing that there was one civilisation [the Chinese] that was unique in being terrible at lower levels of play and amazing in the hands of experts. I followed up the original video with that specific case. A topic like that is a bit more open-ended, which is a fun challenge.

I prefer questions like that to more straightforward topics, like which civilisation has the fastest farming rate. I consider those more like groundwork, something I can refer back to in a more complex video. At the same time, I recently looked at how the campaign for Joan of Arc compares with historical events, so I definitely try to mix things up to keep it interesting for myself and the viewers. 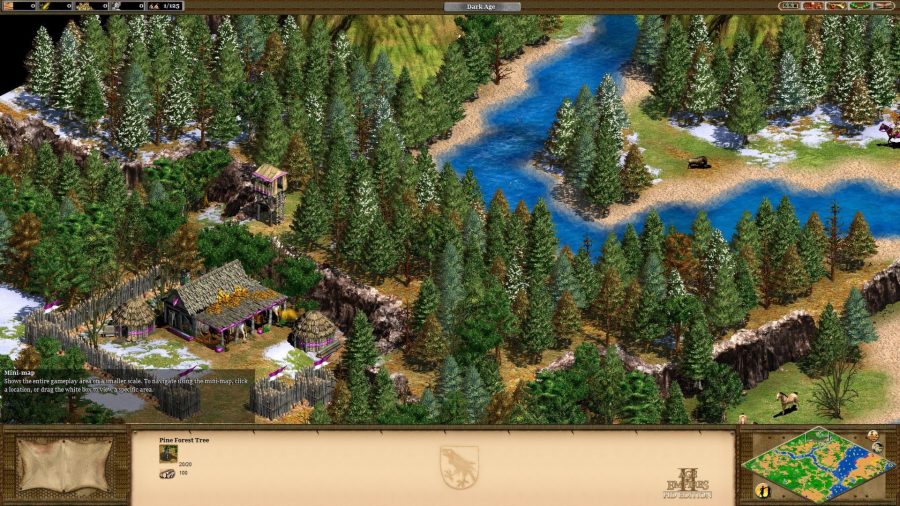 What would you say is your favourite video that you’ve made so far?

I think my favourite to make was one that calculates how long it would take a single villager to chop a map that’s entirely covered in forest. It’s such a pointless topic from a competitive gameplay perspective, but was a really fun math problem and gave a surprising answer. My favourite comment on it was someone saying “Did anyone ask this question? No. Are we excited for the answer? Yes!” or something to that effect. It’s also the first time I’ve ever used Pythagoras’s Theorem outside of a math class and it felt great!

What do you think AoE2: Definitive will bring to the table in terms of AoE2’s future?

I’m optimistic about Definitive Edition. I’m not involved with the beta, so I don’t have any inside knowledge about it, but my hope is that it’s either amazing or terrible. If it’s just okay, I think it runs the risk of fracturing the community between those who prefer the current versions available. So far everything looks really promising to me from the screenshots and gameplay that’s been teased. It has a lot of quality of life improvements, while keeping the core experience intact.

For me, the bigger change that’s happened over the last few years in the community has been the rise of YouTube and Twitch. When I started my YouTube channel five years ago, the biggest channel at the time had 30,000 subscribers, and now there are a handful of Age of Empires-specific channels with over 100,000. I know of several Twitch streamers who stream AoE2 for a living. The game has transitioned from being something that’s exclusively played to something that is watched a lot. I see comments all the time from people telling me they’ve never even played the game, but just enjoy the theory crafting and watching others play. It seems to be something Microsoft is aware of and supporting with the upcoming Definitive Edition. 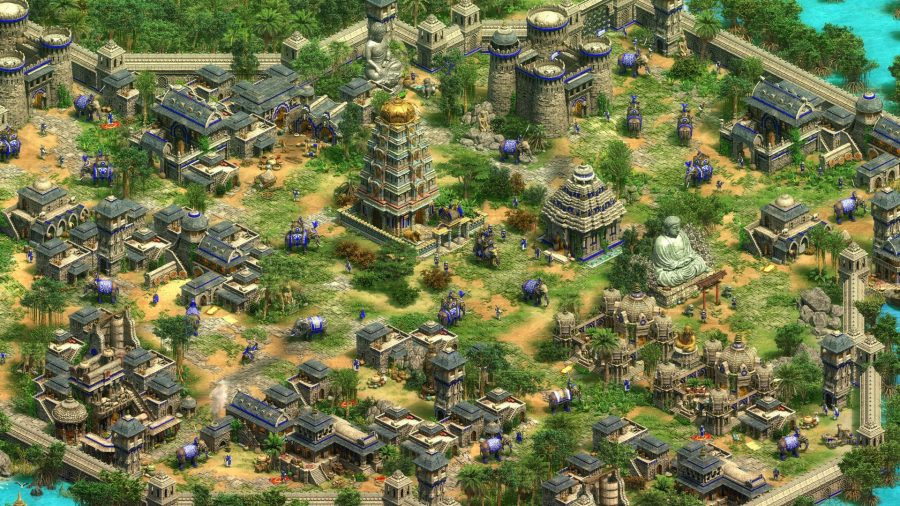 What do you personally feel you get out of making the kind of content you do?

Initially, when I didn’t have any viewers, it was just a personal outlet and something I found enjoyable for its own sake. I have a lot of fun with the video editing portion, in particular, making memes and graphs – that sort of thing. At this point though, it’s more about seeing the enjoyment other people get out of them. Personally, I have YouTube channels I’ve followed for years and always look forward to their posts, so it’s cool to know there are people who get enjoyment from my content in a similar way.

The goal for me is eventually to have a catalogue of videos analysing all the obscure questions you could possibly ever wonder about Age of Empires II, and hopefully make a few people really excited when they discover my channel. That’s really enough reason for me to happily continue doing what I am.