Hitting ‘start’ on a 4X game’s main menu is an investment akin to picking a flatmate or doing a degree in medicine. You know you’re in this for the long haul, and if you don’t do your research or make bad decisions from the offset you’ll be stuck with them for hundreds of hours.

So when Age of Wonders: Planetfall asked me to customise my commander, I froze.

First of all: what even were these beings I was looking at? Planetfall’s sci-fi is a whole cloth fantasy creation, and it’s not immediately obvious by looking at them that the cyborg-Dwarf-like Dvar are analogues for Soviet Russia. Or that the insectoid Kir’ko race can control the minds of their enemies using psionic powers. The six races available are all obviously the result of many hours of through-the-looking glass lore meetings, and I imagine that if I asked the writers what the Assembly’s favourite smell is (they’re a bit like the Borg so I imagine they’re indifferent to olfactory stimulus) or what the Vanguard generally eat for breakfast (probably freedom fries, they’re hyper-American archetypes), they’d answer in a heartbeat having decided that incidental detail several builds ago.

Right, good. That’s races, then. But what are these other menu options and tickboxes? Secret technologies for WMDs, biological warfare, teleportation, and the like? And a catalogue of perks that let your chosen hero hop in massive armoured vehicles or take passive resource harvesting bonuses? 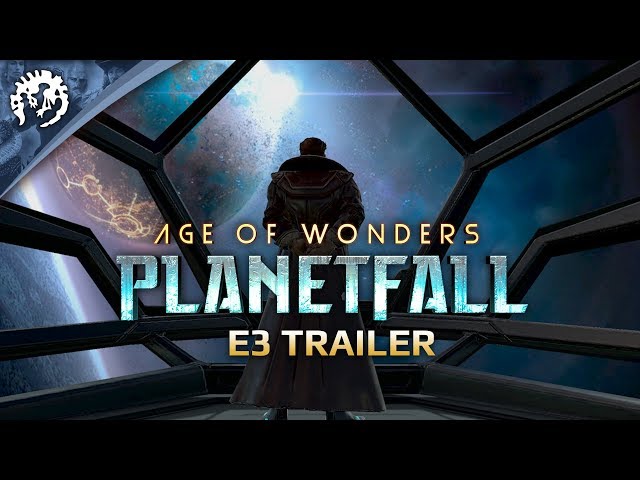 It’s almost offputting, realising just how much you have to learn before passing as basically competent in a game like this, and how many games it will take before you fully understand the weight of your decision to take that perk instead of the other. Not to mention the complex political relationships between Planetfall’s races and the factions within those races. Fortunately, a little bit of Civ knowledge is enough to let you muddle through the 4X layer for the first few hours, while any prior knowledge of XCOM or Divinity: Original Sin’s turn-based fights will see you right through Planetfall’s early encounters.

Special mention must go to the incredible depths of visual customisation you can exert on your commanders. Everything from capes, tendrils, and superfluous sunglasses to the exact sort of tubes you want protruding from their gas masks can be fastidiously selected to complement the other elements, and that’s as lovely as it is bizarre.

And what a wonderful marriage of quintessentially PC gaming elements that is. Who hasn’t longed to go deeper into a Civ game and sort out those Barbarians on a more granular level instead of fighting them on hex tiles in encounters that might take decades of in-game time to resolve? That trademark Age of Wonders granularity works brilliantly in this newfound sci-fi setting too, where special abilities and even the venues themselves present an opportunity for developer Triumph Studios to really sell you its own slant on distant future space combat.

Most units have a few simple abilities in combat which supplement the usual ‘shoot the thing’ and ‘stand guard, ready to shoot the thing’ orders, and in the early stages of a campaign these might be relatively straightforward. Example: Dvar Foremen can heal, and their Trencher compatriots dig in and create a protective barrier around their position. Used together, they form a formidable backline that melee units won’t get near enough to damage. That might free up your commander to do their particular thing, whether that’s rushing in and dealing massive melee damage or sniping with great accuracy from afar. 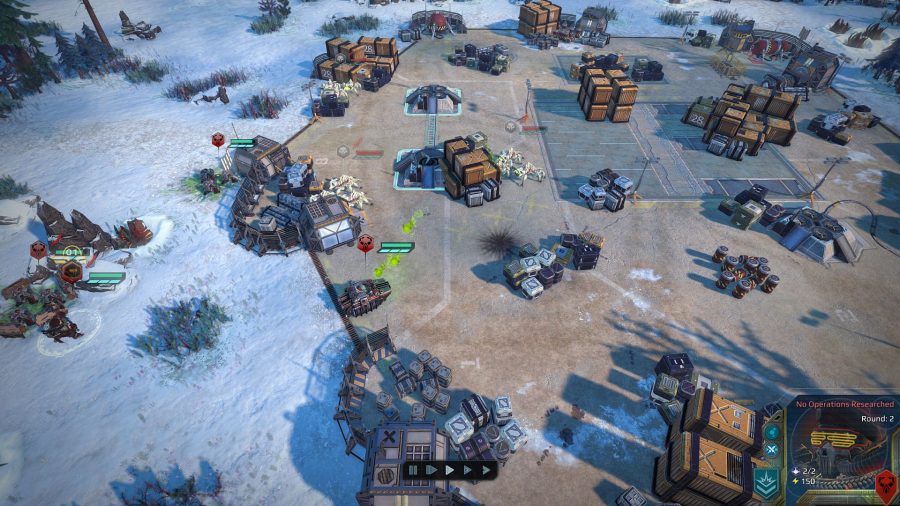 Even these fairly basic variables to units make for brilliant tactical turn-based encounters. Since area-of-effect attacks deal friendly fire damage, you need to sweat your unit positioning even in those foregone conclusion battles and think a couple of turns ahead so as not to paint yourself into a messy, inglorious demise. Victories have a way of feeling like cerebral masterstrokes, and while defeats are commonplace on normal and hard difficulties, they’re at least understandable. You can take some glimmer of knowledge away from them to use again in a later battle: usually ‘don’t leave anyone near those poison-spitting insect arseholes’.

There's a lot to love here, but it's not necessarily love at first sight

But Planetfall has a way of tacking on those variables over time, knowing when you’re fluent enough in the game mechanics to deal with, say, a Plague Lord who can resurrect units, or Assembly cyborg Wreckers with biblical health bars who can reduce most infantry units to paste with one punch. It’s a game that builds on itself expertly.

Speaking of: Operations add another layer of decision-making and strategy to turn-based fights, essentially acting as spells did in the fantasy-based Age of Wonders titles. They’re not available in the first turn and until you research them you won’t have much to work with, but later into a campaign they allow all manner of handy buffs and special attacks. It’s like magicking in another army from thin air when your physical forces are looking a bit squishy, and adds yet another welcome wrinkle to hostile engagements. 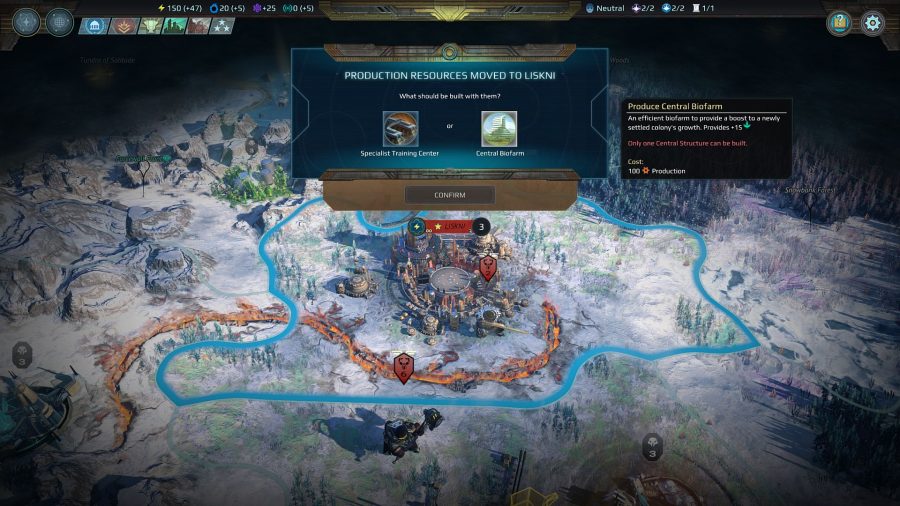 There’s enough depth in the second-by-second fighting that I’d probably be satisfied with Age of Wonders: Planetfall if this was all there was: just meaningless skirmishes of ascending complexity bookended by triumphant menu screens. Obviously that’s not the case. That’s very, very far from the case.

Wrapped around the combat encounters are campaigns – story-led longform experiences – and scenarios – like the former, but you can tinker with the variables a bit more, at the expense of bespoke plotlines and cutscenes. Each race has several campaigns, led by different commanders and focusing on a different geopolitical throughline in Planetfall’s – frankly baffling – universe.

More like this: Our picks for the best strategy games around

More than any mechanical failing, it’s the unwieldiness of its lore that made it harder for the game to get under my skin. Or perhaps it’s that, for all the detail and diversity, there’s not a lot to its stories and creations that’s particularly engaging. Take the Assembly: an ancient race left with no means to produce organically who’ve taken to harvesting the organs of their enemies and splicing their DNA with battlefield wreckage. Cyborg-like information junkies who can hack into every population member’s mind to gather additional research points. That’s a great backstory, and it makes for a genuinely different playstyle than the other races. But when it comes to their actual execution, the Assembly look and sound exactly as you’d expect having read the blurb above. Like the broader sci-fi universe they live in, they feel a bit stock. 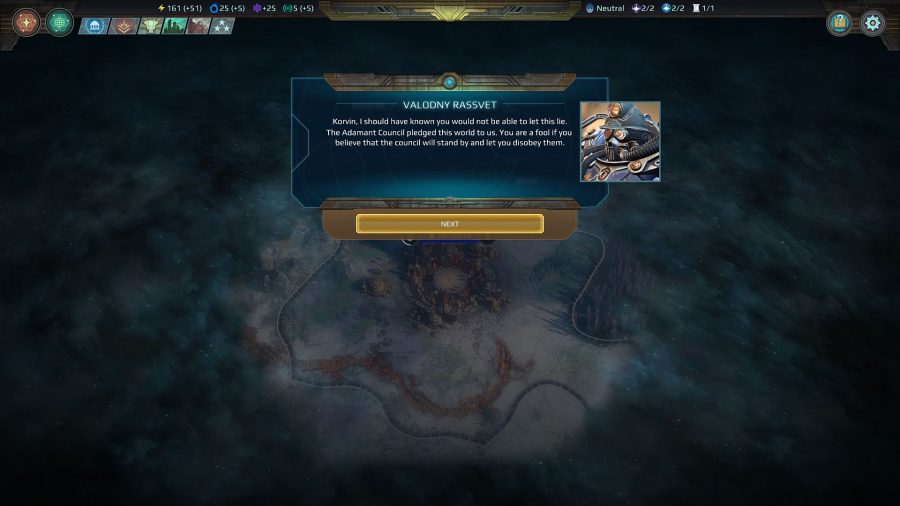 That might seem like a point of very little consequence in such a mechanically rich game. But in campaigns, there’s such laser-guided focus on story beats and infighting between factions that actually, yes, the quality of its world-building becomes quite a big deal. And its quality is weighted much more towards variation in tactical approaches and unit types than real personality or intrigue.

The Assembly look and sound as you'd expect - like the game's universe, they feel a bit stock

That’s not to say the hex map’s wealth of structured missions and side quests is a mis-step in itself. Whatever race and planet combination you play in a campaign, you always know exactly what you’re striving for in Age of Wonders: Planetfall, and that feels like a direct response to some of Civ’s biggest weaknesses. Even in the most recent and polished Firaxis games you might spend ten turns doing nothing but watching other leaders move their Scouts about while you wait for a Wonder to be completed. Here it’s different. Not only are the cadences of building and research greatly reduced, but there’s always a side quest to be getting on with while you accumulate the requisite army/resources/research for your main goal.

It might be heading south to investigate an old ruin, and finding it swarming with Assembly. Or it might be a diplomatic mission to either form an alliance with a faction leader or take over their territory. In either case you gain some resources for your troubles, but more importantly you’re never passively ending turns, waiting for some timer or other to spit out The Thing You Need. This feels like an important addendum to the great 4X formula, chiselled into 8-bit granite all those decades ago. 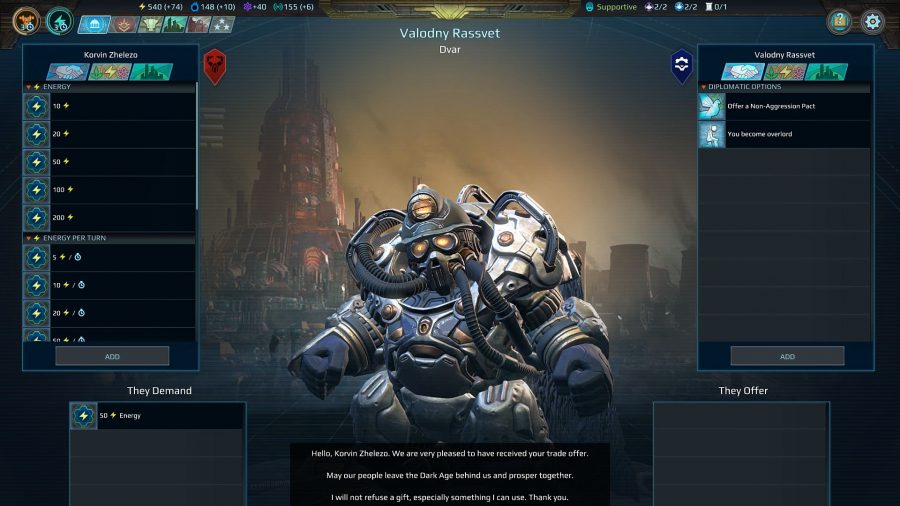 Since we’re on the topic of traditional 4X pitfalls, Triumph Studios slays a couple more in Planetfall. The first and most deadly is the genre’s tendency to silt up in the late game, where most of the map is explored and other leaders’ units trundle around for an eternity between your turns. The turn-based battles here take away that tedium and push it behind a curtain where enemies can battle each other without you having to watch it all in painstaking detail. Again, maybe that sounds like a small detail, but it makes campaign playthroughs feel so much more focused – not to mention quicker.

Diplomacy’s generally the genre’s other great bane, once again slowing campaigns to a crawl as you watch chain reactions of stance changes towards you. And again Age of Wonders: Planetfall manages to keep from falling into the worst of that trap. Its interface obviously bears a little bit of Civ influence, but is generally more readable and predictable. Most importantly, AI leaders don’t fly off the handle for mysterious reasons anything like as often, so it’s possible to build and maintain relations for a whole campaign. Makes a difference, that.

There’s a lot to love here, then, but it’s not necessarily a case of love at first sight. The depth and complexity baked into Planetfall are definite boons, but even for regular 4X players its menus, research trees, unit types and resource properties take a long time to become fluent in. And that process isn’t expedited by the UI, which sometimes appears in real danger of swallowing the game altogether and showing you only explanations and stats. It’s the classic ‘persevere and you’ll be rewarded’ kind of strategy for everyone but established AoW players, but the rewards are certainly bountiful enough.

Initially unwieldy but eventually engrossing, Age of Wonders' latest entry translates its Civ-meets-XCOM formula brilliantly to a new sci-fi setting. Even if the elements of that sci-fi are a bit rote.