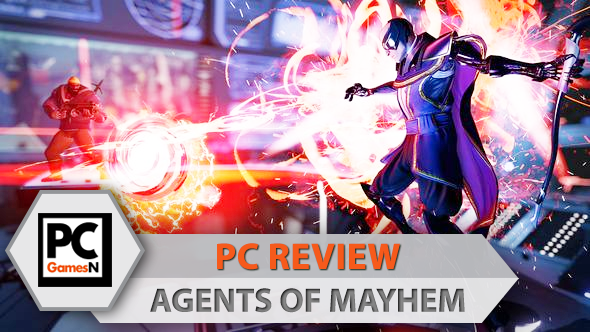 In your darker moments at the pub, you may have had your ear chewed off by a Charlie Brookerite mate who insists we, as gamers and partakers in geek culture, are being infantilised by marketeers. They scratch our nostalgic itch for the pop culture staples of yesteryear and tell us it’s alright to be 30-year-old-kids, making grand gestures with their free hand while looking wistfully off into the distance. It was easy to shrug off at the time. And besides, you’ve got that mortgage – you’re a grown-up. But then… Then you play Agents of Mayhem.

Agents of Mayhem probably won’t get into the best games of 2017, then.

The first thought that emerges as you tuck in to Volition’s faintly Saints-Row-flavoured hero shooter is that this is a game for a younger audience. Gone are the sex toy melee weapons and executing wrestling moves on passers by, replaced by a toy-commercial plot about agents in a secret base battling an evil scientist, and a simplified third-person run-and-gun design. There are retro-cartoon cutscenes. The humour is all about people saying “that’s not good!” in the face of rupturing reactor cores and gags about Uranus. Right – cool. It’s an action shooter for kids. 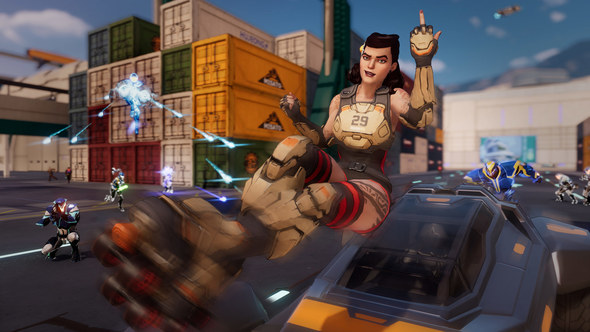 But what’s this? All the agents seem to be swearing at each other quite a lot. And, gosh, they’re able to mow down civilians in their cars willy nilly, even earning points for their Mayhem meters by doing so. And there’s the big red ‘Pegi 18+’ rating on the box. Probably should have looked there first. So it’s an action shooter for… who?

I’m still not sure. And to be clear, I’m not just being sniffy about the Uranus gags. It’s the mechanical simplicity, the condescending design elements, and above all, the endlessly repetitive structure of Agents of Mayhem that gives it the air of an experience designed for someone who hasn’t played Grand Theft Auto before. Or, for that matter, Saints Row. Simplicity itself isn’t a bad thing, of course – Rocket League is simple, after all – but in a misguided attempt to streamline and invigorate the open-world game, Volition have instead boiled away all but the most tedious elements: go to the mission start marker, go to the next marker, kill the clearly indicated enemies with red arrows above their heads, proceed to the next marker, repeat.

That’s a great shame, because somewhere in all the identical corridors and purple explosions is a good game. While it’s certainly a generous comparison, there’s a satisfying XCOM-like quality to levelling up your Agents and gear back at your ARK HQ. The same is true when it comes to selecting whether to pursue an Agent mission – which reveals more of that character’s backstory, or unlocks them in the first place – or ploughing on with the main objective. 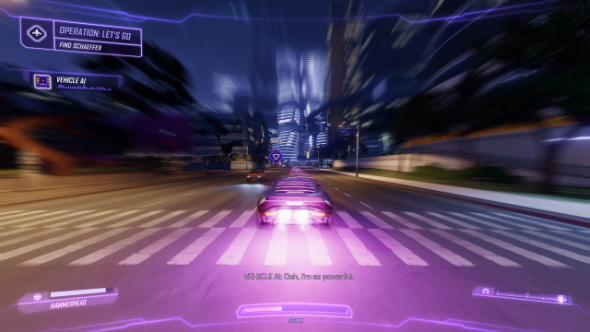 Indeed, the ARK is probably the best thing about the game. It is home to all the game’s best characters: Quartermile the precious Italian mechanic who’ll occasionally chastise you for reckless driving. Gremlin the disconcertingly chipper R&D engineer. Boss Persephone and her right-hand woman, Friday. And requisition store operator Relic. All of them come with their own areas which bristle with touches of personality.

These are memorable and generally likeable characters who outshine the playable Agents themselves, due in no small part to the fact that Agents are swappable, but don’t team up in real time. You rarely get to hear any back-and-forth between them as a result, and the swapping mechanic seems a strange solution to the problem of translating hero shooters into the single-player realm. If you were an evil overlord, how could you take an outfit seriously that employed 12 crack operatives but insisted on sending them in one at a time?

Instead, you get to know them through well-made animations, in-engine cinematics, and mid-game radio banter with Persephone and the team back at base. Still, even at that impersonal distance they’re a decent bunch, by and large. They’re likeably multicultural and genuinely varied in what they bring to a fight. My personal favourites, Rama and Braddock, turned many a genero-enemy into slurry with their bow and rifle, respectively, and made their motivations and aspirations crystal-clear right from the start. Rama wants to cure the plague in Mumbai, and Braddock’s out to kill all the ex-soldiers she trained who’ve since joined the dastardly Legion. Agents of Mayhem does a decent job of playing with these motivations in its main plot arc, but it would have been interesting to see the Agents themselves interact more as they argue about what to do next, and why. 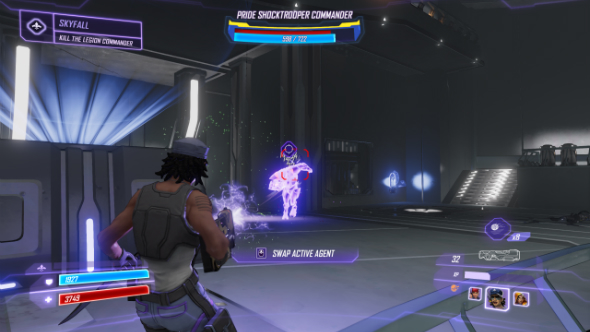 That said, the levelling system works well to bestow a sense of ownership on the Agents you favour. In addition to their primary weapon, each has a secondary attack, a melee, and a unique Mayhem attack, activated when the Mayhem meter has been filled up by acts of, well, mayhem. All of these are upgradeable in some way, and can be combined with passive abilities that send your character down an increasingly specialised path. Combined with a triple-jump and a dash, every Agent’s reasonably lithe and enjoyable to command, but – and this is no small problem – there’s almost never anything interesting to set them upon.

Mission design is absolutely dire. The same structure is repeated ad nauseum, and it’s the same one GTA III used. It doesn’t feel exciting to drive to a marker and then get out and kill some people the first time you do it in Agents of Mayhem, and you can be absolutely certain it doesn’t when you do it for the 50th time, either. Despite your array of Agents, each with close, mid, and long-range specialities, most enemies simply wait around for you to start attacking them, putting up the kind of fight that would make a Star Wars stormtrooper ashamed when you do deign to start firing on them. Those who present any more challenge do so via bigger health bars and massive damage-dealing ground pound attacks rather than smarts. Throw in some frustratingly infrequent checkpoints, and your enjoyment levels are only ever going to go one way.

More peacefully, this is one of the first games with Nvidia’s Ansel support, which means you can take 360-degree screenshots that can later be viewed on VR devices. You also gain free cam control when taking the shot, and you can render out a super, superhigh-res version at up to 61K resolution. Ansel is great. 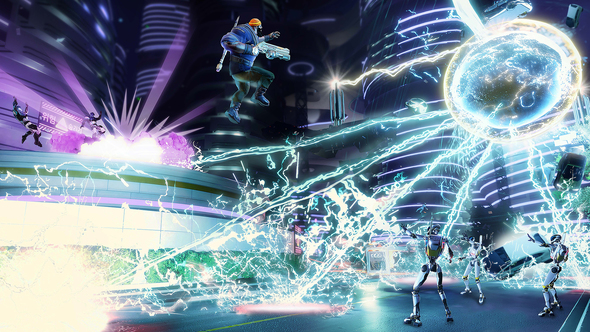 Agents of Mayhem, however, is not pushing the boundaries of fidelity. It has a recognisable aesthetic – thanks in no small part to its copious use of the colour purple – and its character design falls in line with what we’ve seen before from hero shooters. The game engine deserves credit for handling large-scale destruction so well, too (Volition are the masterminds behind Red Faction after all), but this is not the kind of game to stop you in your tracks while you reverently murmur: “I have to screenshot this.” Neo-Seoul is just too plasticky and underpopulated for that.

In the end, it’s one of those ‘good game buried in here somewhere’ experiences. Tonally it’s all over the place, and its design may as well be from the dark ages at this point. But there’s an alternate universe in which the likeable, upgradeable Agents and gratifying gear-gating are instead married to interesting, varied missions and an atmospheric open-world. That is what it would have taken for Agents of Mayhem to shine, and the most bizarre thing about its actual execution is how deliberately Volition seem to have shot for mediocrity. This doesn’t feel like a game hampered by ineptitude, but instead by a misunderstanding – or plain indecision – as to who it’s actually intended for.