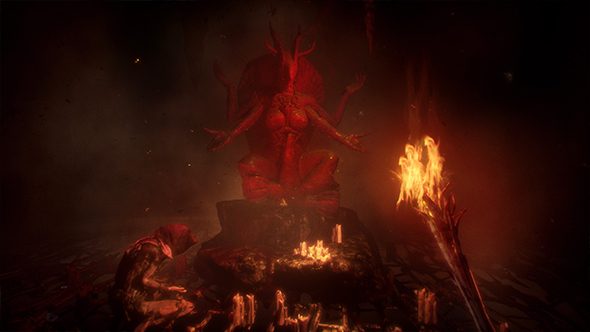 The story of Agony Unrated has been, well, agonizing. Developer Madmind Studio officially announced this week that plans for the uncensored version of the game had fallen through due to financial issues, and development of Agony Unrated will be coming to an end.

“We regret to inform you that our company is currently struggling with financial problems,” Madmind says in its message. “Due to technical and legal reasons, Madmind must cancel the development of Agony Unrated. Part of the team will continue to support Agony on Steam and consoles by publishing new patches.”

For a more palatable brand of horror, check out the best zombie games on PC.

That message was shared both to Kickstarter backers and the Steam community, and neither group was especially happy about the news. A fresh influx of negative reviews have hit Steam since the announcement, and the comments on those stories aren’t any kinder, with concerns over the final quality of the game and its cut content forming the bulk of the complaints.

Most Agony reviews, our impressions included, don’t paint the game especially kindly. Of the 43 reviews measured on OpenCritic, not a single one breaks out ot the aggregator’s ‘weak’ descriptor. Some critics take issue with the game’s extreme gore and sexually-charged violence. Most simply find the game dull under its buckets of blood.

Agony was, of course, sold under the promise of “the most terrifying vision of hell in the history of gaming,” and fans signed up for the promise of brutal violence and taboo imagery. They were naturally upset when it was announced that some of that content would be cut to conform to rating standards, but Madmind said they would release an optional patch to unlock the censored content for players on PC – however, that patch was cancelled shortly before release “due to legal issues,” though a video containing all the removed nasty bits was eventually published. 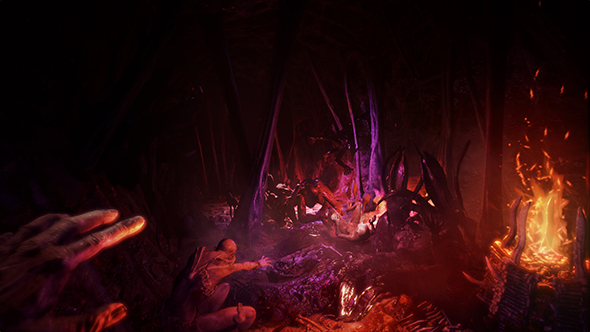 It would have been made available either cheaply or freely to owners of the game on Steam and, importantly, would be considered a completely separate title – likely to avoid issues with ratings boards. Of course, whatever the precautions, Agony Unrated is cancelled, and beyond the “financial problems” and “technical and legal reasons,” there aren’t any specific details as to why.

When Agony Unrated was first announced, we reached out to PEGI operations director Dirk Bosmans to ask whether patches to a game can retroactively affect its rating. “A publisher must be careful when changing the content of the game after the finalisation of the classification process (regardless of whether this happens before or after the commercial release). If the changes do not have an impact on the rating, all is fine. But if it does impact the age rating, a publisher has the obligation to inform PEGI so that we can re-examine the game and conclude whether a rating change is necessary.”

PEGI is overseen in the UK on a legal level by the VSC Rating Board, which makes the final decision on whether a game can be legally released in that region. Bosmans says “countries can preserve the legal right to keep a game from being released, but it is extremely rare and always on a national level.” 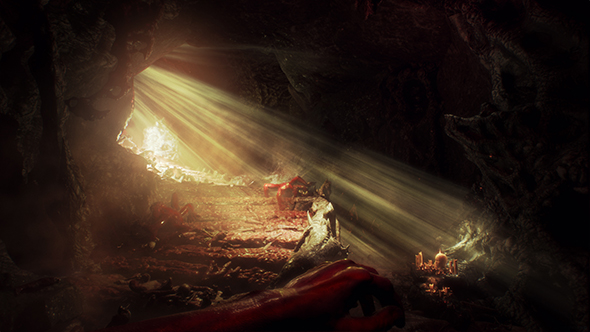 Omega Labyrinth Z was essentially banned from sale earlier this year, with the VSC Rating Board refusing to offer a UK certificate for the game because it “promotes the sexualisation of children.” Bosman says “Unless I overlooked something, this is the only case in about ten years. PEGI is not involved in such decisions, the game was given a PEGI 18 rating.”

Representatives of Madmind Studio had not responded to our earlier requests for comment.

Exactly what factors are behind Agony Unrated’s cancellation are unclear, but the one certainty now is that it isn’t happening. Madmind Studio does say the first of the game’s upcoming patches will come this week, with “many fixes and a highly refined lighting system.” It’s a potential improvement, but improved lighting isn’t likely to do much for Agony’s estimation in the eyes of either fans or critics at this point.