AI may be the catalyst for the end of humanity but that doesn’t mean we can’t have a little fun with it along the way. Botnik Studios know this all too well, having a long viral history of playing with AI for our own amusement. Continuing in their way, their latest stunt is to recreate Coachella’s 2018 lineup with a neural network.

I’m afraid the best CPUs for gaming don’t have a mind of their own, but they have other uses.

So, with the latest learning tech at hand, Botnik set about creating comedy gold. Utilising this neural network, they created a new eclectic Coachella lineup that is infinitely more alluring than the original.

If you are just starting a band, you should take note of the potential nomenclature offered by machine learning. Here are just a few of my personal favourites: Benmork Stramploson, U? P!, Babystician, Fistopia, Savid Bowy, Joey Bread, Fanch, Halfway Starch, The Bootleg Tims… the list goes on. Grampman’s latest esoteric EP is totally my jam right now.

Botnik have been busy experimenting, however, and Coachella wasn’t the first – and hopefully not the last – of their text-based AI acid trips. They’ve also used multiple predictive text algorithms utilising various source texts to generate hilarious rewrites of popular series, such as an episode of Scrubs (recently read by Zach Braff himself), and a chapter of ‘Harry Potter and the portrait of what looked like a large pile of ash’. You can even give this a go yourself with their Predictive Writer app. 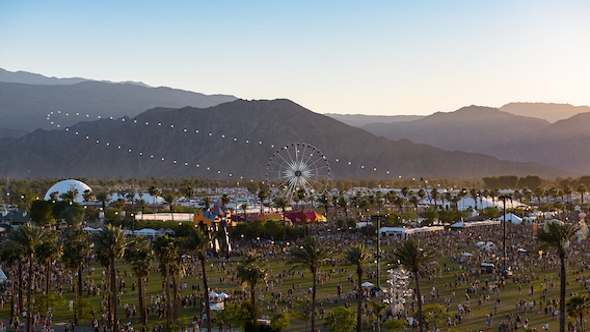 AI has near unlimited potential, and while some may find it terrifying due to what a rogue AI may one day be able to achieve, Botnik’s experiments show something a little more lighthearted. It’s a strange concept, a machine that one day may understand humour, but think of the potential for the first AI-written TV series, or even simply a Netflix recommendations algorithm that really gets you.

Then again, I could be really behind on whatever the hottest musical talent the world has to offer right now, and Benus Jackson may be a real person after all. Sorry.