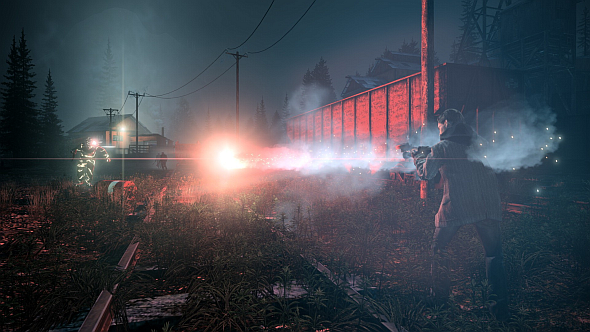 If you’ve ever been at all interested in Alan Wake, Remedy Entertainment’s mind-bending cinematic mystery game, this concerns you. Due to expiring music licences, the game is about the be removed from the Steam store – possibly for good. But if you buy it before then, you can keep it, and it’s about to be discounted by 90%.

Alan Wake is a classic. Discover some more in our list of the best old games on PC.

The news broke about an hour ago on Remedy’s Twitter.

Alan Wake sale on @steam_games 90% discount starting 5/13. Game will be removed from stores after 5/15 due to expiring music licenses. pic.twitter.com/y10DPgY8Q0

As you can see, the 90% off ‘Sunset Sale’ goes live at 10:00 Eastern (15:00 BST) tomorrow, and will run for 48 hours, at which point it will be taken off the Steam store. Remedy do assure us, however, that if you have Alan Wake in your library, “you can keep playing it.”

A more detailed Q&A is available on Remedy’s website. According to that, the discount will apply to the entire Alan Wake franchise, including Alan Wake, all DLC, and Alan Wake’s American Nightmare.

Remedy say Alan Wake’s American Nightmare “will remain in stores”, however, as they’ve sorted the music licensing. So, though all games are discounted, it seems only the original Alan Wake is actually getting pulled.

Alan Wake is on Steam here, where it’s rated 91% positive overall. Arguably one of Remedy’s strongest titles, it concerns the mystery of writer Alan Wake’s disappeared wife. As he investigates in the small town of Bright Falls, he discovers pages of a thriller he doesn’t remember writing, and is haunted by a dark presence that frays his sanity.

Set a reminder for the sale, if that sounds good to you.