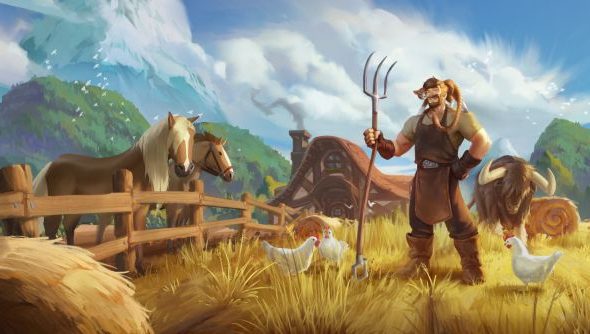 Albion Online is entering closed beta on Monday as an isometric MMO with a focus on PvP and sandboxing in a massive open world. That’s supported by a class and combat system that’s quite interesting and debuted in a new trailer today. It involves your role being selectable and modifiable on the fly via what equipment you’re using.

Need an MMO to play? Here’s the best.

There’s been a lot of attempts at this sort of classless system, in MMOs, RPGs and Pen and Paper before. It’s a lot easier in games that don’t involve PvP and therefore less worries about balance. With Albion’s focus in that direction, it’ll be interesting to see how it ends up by the time the game goes live at the start of 2016. They’ve provided some more details on exactly how it will work:

“With the armor, players can choose not only the materials (leather, cloth or plate) the armor is made of but also the weight (light, medium or heavy) to go with each kind:

As mentioned in the video, there are also different effects based on weapon types. Exactly how all this interacts should be interesting. Access to the beta is being sold through Founder’s Packs (which seems to be the new norm) but no free random option. It’ll be free to play when it launches, so likely better to wait.