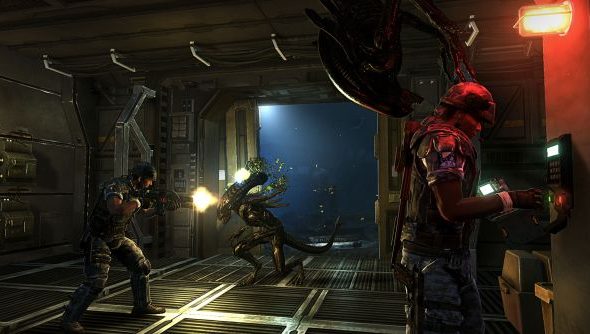 While the real fans might filter their Steam results for ‘Alien’, singular – our Matt named Alien: Isolation the best game of 2014 – it was somewhat unnerving to see two Aliens games stripped from the service without a word last week.

Thankfully, both have returned – just as quietly as they left.

Nobody reached for their rifles when Gearbox’s obnoxious Aliens: Colonial Marines went missing from Steam, but when 2010’s rather better Aliens vs Predator disappeared through the vents too, we were worried.

Both games vanished on New Years Day. The timing suggested licensing issues akin to those that saw Activision’s Marvel games removed from Steam last year – a contract somewhere that somebody had neglected to renew.

Sega haven’t commented on the matter, and don’t seem likely to now Colonial Marines and Aliens vs Predator lurk once again in their respective corners of the Steam Store.

The news should save a few Alien devotees from chasing spare codes around the internet or – god forbid – darkening the door of a physical retailer. So that’s good.

Have you played either game? Our Steve played Colonial Marines. This is what happened.