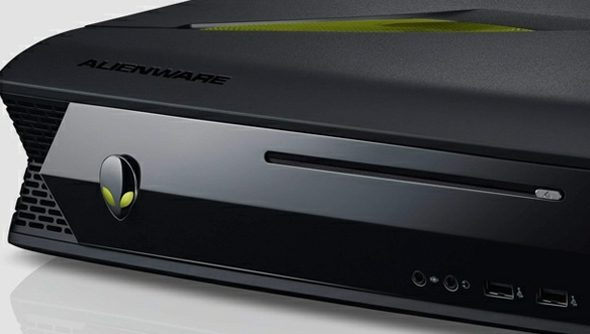 We know PCs are great. You know it, too. Being a PC manufacturer, Alienware know it, too, and have a vested interest in shouting about it. Yet, speaking to us at E3, Alienware’s general manager Frank Azor broke down exactly why PC’s leading on consoles, Sony and Microsoft are copying it.

“A lot of the innovations and things that are proven on the PC are making their ways onto consoles,” Alienware’s genereal manager Frank Azor told us, “The consoles are looking more and more like PCs every day.”

“If you look at what Sony and Microsoft are doing, they’re taking PCs and putting them into the living room. It’s an AMD CPU, it’s an AMD graphics card, it’s a standard desktop hard drive. It’s unbelievable,” continued Azor. “That tells you that the PC is the gaming platform of choice out there, there is nothing out there that’s better. You look at what they’re trying to do and they’re becoming more and more like PCs.

“You’re installing games now instead of running them off the disc, because that’s the right thing to do; you’re downloading games digitally, which we’ve been doing on PC for years; they’re integrating certain TV aspects and stuff, well, ten years ago we started experimenting with media centre. I mean we can tell you how to do that on Alienware with media centre PCs during that whole time. It’s a little bit different now because the technology has matured considerably, but a lot of the innovations and things that are proven on the PC are making their ways onto consoles and the consoles are looking more and more like PCs every day.”

The consoles are moving into the territory staked out by Valve for their Steam Box machines – machines which Azor claims are essentially Alienware’s own X51. It’s a good time to be a PC player.