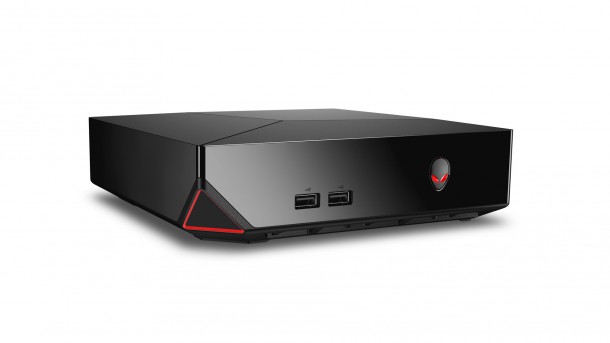 Last year, Alienware made a huge commitment to produce a Linux based living room PC, using Steam OS. That PC stil exists, but, with the delay of SteamOS and the Steam Controller to 2015, it appears that Alienware’s machine has morphed.

The Alpha is unusual in a number of respects. It’s relatively cheap for a mass-market gaming PC: it starts at $549 for a spec that includes an i3 processor, 4Gb or RAM and a custom GPU based on Nvidia’s Maxwell chipset: their mobile architecture. There’s a 500GB hard-drive and will function using a standard game controller, over the delayed Steam Controller.

Options are available to upgrade to an i5 or i7 processors, 8Gb of RAM and a larger HDD. Alienware are keen to highlight their work on a custom interface, which adapts Windows 8.1 for living rooms.

The Alpha will be available to pre-order shortly, with the first machines reaching consumers before the end of the year.