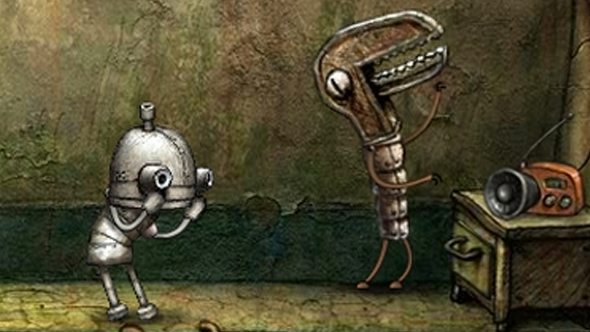 Czech indie studio Amanita Design are currently working on four new games, one of which will be a horror title.

Can it measure up to the best horror games on PC?

The game is being headed up by Chuchel’s designer and is already almost finished. Kunce describes the visual style as something akin to Botanicula and Chuchel, but darker.

Amanita are still deciding which game to release next, but they plan to release one of the four games next year, with a formal announcement potentially coming later this year.

Two of the other ongoing projects are point-and-click efforts along the lines of Machinarium and Samorost, but with their own unique twists. The fourth is neither a horror nor adventure game, but something “completely different, and something new for us”, according to Kunce.

While some of PCGN staffers’kids have been enjoying Chuchel, we’re probably going to steer clear of showing them the horror game…