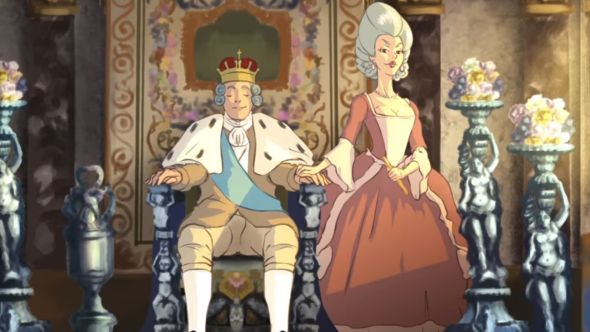 If I asked you to think of a roguelike, your mind would probably immediately travel to something set in a dark cave or dungeon, rather than the glamour of the Parisian aristocracy. That’s something that the makers of Ambition: A Minuet in Power are hoping to change.

One of Ambition’s devs used to design lootboxes, and had some stuff to say about them in a recent AMA.

Set in Paris before the rise of the French Revolution, Ambition is a romantic roguelike, where you’ll need to woo the right people to make sure you steer clear of the guillotine. Randomly-generated playthroughs will mean that different factions rise to power every time you play, certain nobles won’t appear every time you play, and the Revolution itself might not succeed.

Making the right friends is important in a game where your social standing is everything, and to help you do that you’ll have a packed social calendar of parties. According to Ambition’s Kickstarter page, these parties are your battlefield, and dressing to impress will be as important as saying the right thing in the ear of the right person.

Ambition: A Minuet in Power has just passed its Kickstarter goal, but the campaign is due to run for another two days, ending just after 18:00 on Sunday, December 17, so there’s still time to back it.