The next-gen graphics card architecture, AMD Navi, is expected to launch early 2019. This GPU architecture is currently rumoured to only compete in the mid-range as a follow-up to the Polaris 500-series GPUs. However, there have also been rumours of another Polaris refresh on 12nm, which could throw a spanner in the works for when the red team will get Navi out the door and what it will entail.

Despite Navi being kept strictly under wraps by AMD, we may now know the codename for the GPU architecture in the works for after Navi launches. If recent GPU roadmaps are still on track, Arcturus will be taking the reins from Navi sometime in 2020 on a 7nm+ node – assumedly making use of whatever AMD foundry partner TSMC has in store for its second-gen 7nm.

The rumour comes from Linux forum and news site Phoronix. One forum member and AMD Linux liaison mentioned the name when discussing codenames for the last few generations of AMD cards. What is interesting, however, is that it is also mentioned that AMD may be changing how it approaches codenames for GPUs and returning back to “real” codenames. 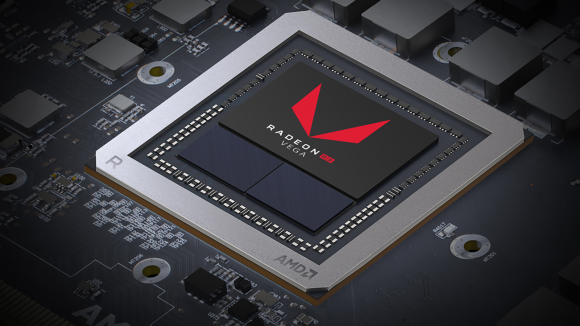 That means that Arcturus will be the first codename for the generation after Navi, but not necessarily the name you’ll actually find on the box or across the marketing material. For example, Polaris 10 held the codename Ellesmere, but few ever called it that once the GPU was in the public eye.

Stars make for pretty great codenames, too. AMD has an endless list of celestial bodies to choose from, and even if you limit that to just bright stars as seen from Earth that still leaves you with: Gacrux, Regor, Wezen, Larawag, and Scheat – a red giant star in the Pegasus constellation – to name a few I’d personally like to see get a nod from the red team.

With AMD playing Navi so close to its chest at the moment – a GPU architecture likely less than a year out – details on the far off Arcturus GPU will likely stay exceptionally scarce for the foreseeable future. Radeon is still in the early days of new management under Mike Rayfield and David Wang, and the next-gen, following on from Navi, will be the one to watch for any big changes the Radeon bosses will be implementing behind closed doors.