Recent reports indicate AMD is on track to take 30% of the global CPU market share by the time 2018 comes to an end. Throughout the year news of AMD’s success, especially at Intel’s expense, has been abundant, and in Q4 2018 it looks like all that positive momentum for the red team will result in a share just shy of a third of the market.

It’s a familiar tale, but one that industry insiders are telling once again. The story of AMD’s meteoric rise has been almost entirely off the back of the Zen architecture, which makes up its Ryzen and Epyc processor, but has also been heavily attributed to Intel’s 10nm woes holding it back and letting AMD get its foot in the door.

Intel has been a little flustered (to say the least) as of late, and its strong desktop dominance in the CPU market has been severely threatened by the multi-threaded chops of AMD’s Ryzen CPUs. However, it’s mostly the all-important server market that Intel and AMD are fighting over, in which AMD’s Epyc chips are slowly making headway.

The report from DigiTimes reiterate the narrative we’ve heard all year, specifically expecting AMD to fly across the 30% market share line during Q4 2018 off the back of TSMC foundry support and delays over at Intel. However, this report also coincides with separate confirmation of AMD’s momentum in the server space, with Microsoft now confirming that its Azure data centres will begin offering virtual machines, going by the HB-series name, that will run with AMD Epyc 7551 processors – that’s the penultimate 32-core / 64-thread chip in the stack. 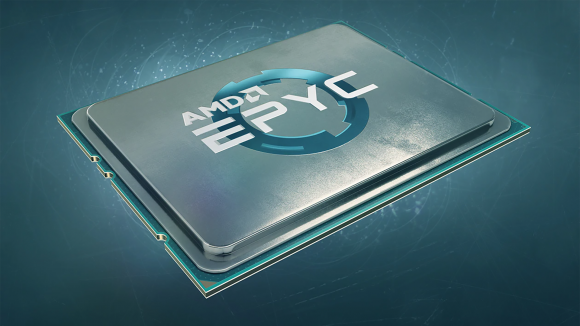 Lisa Su was confident AMD could hit “mid-single-digit” share in the server market by the end of the year, and that just goes to show how dominant Intel has been in this space for a very long time. Intel’s Data Center Group netted $5.2 billion in revenue from servers in Q1 2018 alone. The Register, taking a look at the numbers back in August, wasn’t so sure AMD could hit its target, citing recent market research from Mercury Research, but even conservative graphs show some serious resurgence from the red team.

Ex-CEO Brian Krzanich even was once reported to have said “it was Intel’s job to not let AMD capture 15-20% market share.” Even Intel can’t hide that it’s getting somewhat phased by the threat from the red menace.

Intel is reportedly struggling to produce enough chips to meet demand, and recent security flaws have left some of Intel’s chips with the thread-doubling Hyper-Threading tech switched off for the time being to mitigate vulnerabilities. There’s also the delayed 10nm process node that’s a whole other kettle of fish for the semiconductor company, too.

All of which has played into the hands of AMD, and evidently is making a big impact in both consumer and server markets. So while overall CPU market share might be on track for 30%, it looks like the all important server market is starting to make the switch, too. With the entire AMD stack, from Ryzen CPUs to Vega GPUs, moving over to 7nm either this year or the next, it’s going to be a critical time for AMD to capitalise further on its recent successes.