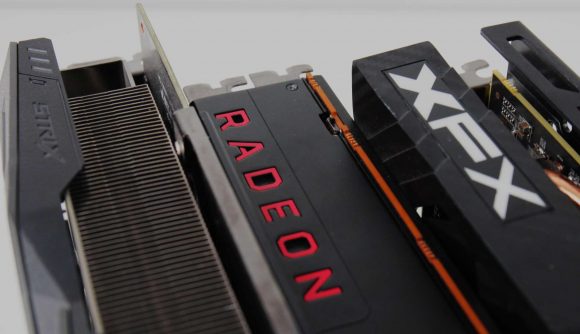 While ongoing stock issues mean that AMD and Nvidia’s best graphics card are seeing four-figure price tags in some cases, a report from 3DCenter suggests that GPU availability is on the up, and inflated price tags are finally going back down. Across multiple retailers in Germany, Nvidia’s RTX 3000 cards took a steep drop to an average price of 191% above MSRP as of June 20, down from 233% above MSRP on May 30. AMD’s RX 6000 series didn’t see as drastic a decrease, although the models have been running at a lower average of around 180% above MSRP since the end of May.

That’s still way more than you should pay, but it’s progress nonetheless. We can only hope that this drop continues in the coming months. The average inflation above MSRP on Ampere cards drops to 91%, when only taking into consideration the best offers from German retailers.

It’s difficult to see whether Nvidia’s Lite Hash Rate is helping the stock situation by rendering GPUs less profitable for crypto miners, but the resurgence in stock is more likely the result of chipmakers opening new factories to aid silicon output and slowly but surely catching up on back orders. It’s too soon to say, but this could be an early sign of hope.