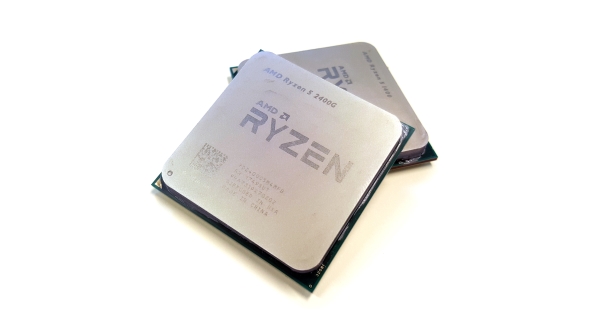 The latest BIOS updates from AM4 board partners not only offer full support for the latest 2000-series AMD Raven Ridge APUs, but have also given us a glimpse into potential upcoming new low-power variants on the way.

No matter which AMD chip you choose, you’ll want one of the best AMD gaming motherboards around.

Within ASRock’s CPU support list lie four Raven Ridge-based processors. Spotted by TechPowerUp, two of these processors are the latest Raven Ridge SKUs, the Ryzen 5 2400G and the Ryzen 3 2200G, but the other two seem to be powered-down versions of the same processors.

The processors are listed as the Ryzen 5 2400GE and the Ryzen 3 2200GE. Both are clocked at 3.2GHz and feature a 35W TDP – nearly half the 65W TDP found on the Raven Ridge chips that released on Monday.

These would assumedly be going head-to-head with Intel’s T-suffix range of processors, or ‘power-optimised lifestyle’ chips as they gracefully put it. Power-optimised chips have not yet launched for Intel’s Coffee Lake, so this leaves only Intel’s Kaby Lake for comparison.

These Kaby Lake chips feature a 35W TDP also, although only the $300 i7 7700T features four-cores and eight-threads that would assumedly match what we currently expect from AMD’s Raven Ridge 2400GE.

This isn’t the first time we’ve seen the GE suffix, however. Before AMD’s Ryzen 5 2400G and Ryzen 3 2200G launched on Monday, we saw the Athlon name potentially resurrected through the SiSoft Sandra database with the Athlon 200GE. This processor potentially features clock parity at 3.2GHz, and was suspected to feature Vega 3 graphics due to the similarities in core-count – and potentially clockspeed to some degree – to the Ryzen 3 2200U mobile chip.

Unfortunately, we don’t have much more information to go on at this point. The details from currently available leaks doesn’t differentiate the Athlon or the low-power Ryzen processors from one another, except potentially in core count. The Athlon only appeared to feature two multithreaded cores in the SiSoft database, and the low-power Ryzen chips will likely maintain the same core counts as their 65W siblings at four-core/four-thread, and four-core/eight-thread, for the Ryzen 3 2200G and Ryzen 5 2400G, respectively.

It would seem that AMD are preparing the E-suffix as an energy efficient range of APUs – in addition to the graphics G suffix used for the desktop Raven Ridge chips. Athlon would assumedly make up the ultra low-budget to fill the sub-$100 market – which Ryzen currently does not occupy – and Ryzen the top-end. This is based from very limited information at this point, however. These chips are assumedly already with board partners for BIOS updates, so we could hear more information in the very near-future.