Rumour time: it looks like AMD are about to unveil a brand new generation of graphics cards. Dubbed the Fiji, it’s a very small-form graphics card with high bandwidth memory, topped with a watercooled system rather than air fans. A leak has dropped some images onto the web, and it’s quite a strikingly designed card. 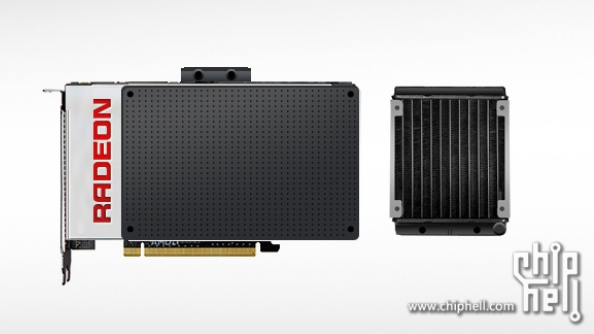 Rumoured to be called the Fiji 390X, the board itself looks to be around a third shorter than regular graphics cards, which is due to no longer requiring memory surrounding the GPU itself. The images found by chiphell.com show the distinct lack of fans, instead having a smooth, flat finish with barb inlets for water cooling.

A second image from WCCFTech shows the rear of the card, which sports three full-size DisplayPort connections and one HDMI. DVI and VGA are dead, it would seem. 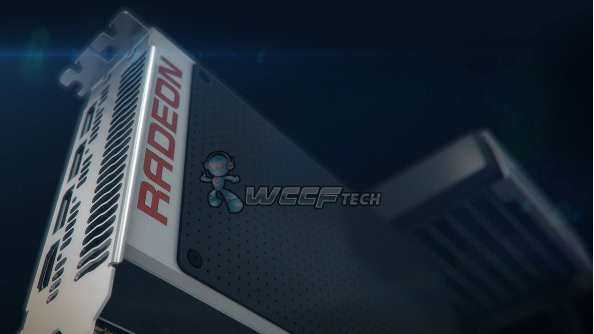 Adding more fuel to the rumour is a tweet from EA’s technical director on Frostbite, which shows a photograph of the short Radeon-branded card.

AMD is holding a Future Graphics Technology event at 9am PST, which can be watched live on Twitch. Expect this rumour to be confirmed or denied there.

Thanks, PC Perspective and Neogaf.