Rumblings of an AMD Vega 20 GPU have begun thanks to a Linux patch file update. The Vega 7nm die shrink seems a likely culprit for the additional code, but that hasn’t stopped excited rumours of a complete generational refresh sometime this year.

Here are the best CPUs for gaming to pair with a powerful graphics card.

The main bulk of the update comes in the form of six new PCIe IDs logged within a recent Linux patch. Six IDs is only a little shy of the seven initial Vega 10 PCIe identifiers patched during March, 2017 – a few months before the Vega Frontier Edition launched – but that doesn’t entirely guarantee that exactly that many new graphics cards will be present at launch – whenever that may be – or even used whatsoever.

Similarly, Vega 12 was also spotted in a Linux patch only last week with five PCIe IDs.

The likely suspect for this Vega 20 patch is the Vega 7nm die shrink, the first and only graphics card announced by AMD so far that is to be built on TSMC’s 7nm process in 2018. This Instinct card, intended for launch in the second half of 2018, is not intended for gaming use but rather for computational tasks in the AI and machine learning world. 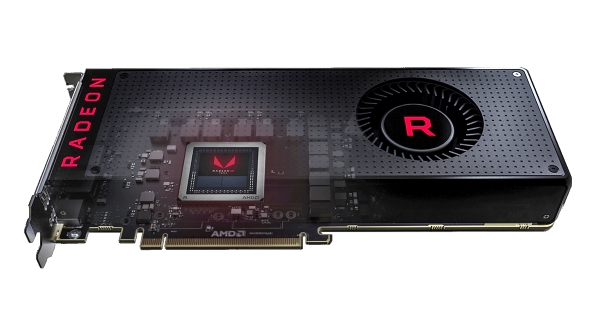 The 7nm Vega Instinct graphics card announcement from AMD earlier in the year had scuppered the collective hope for a gaming-focused RX Vega refresh in 2018, although left many of us with unanswered questions. While little more than speculation at this point, the recent flurry of AMD code names have reignited the flames under a prospective launch penned for later this year.

The next generation AMD Navi architecture is in the works for, at the very earliest, 2019, which leaves RTG’s only viable gamer-focused graphics card launch in 2018, if any, as another GPU refresh – which would likely utilise the 12nm process node launching with AMD’s Ryzen 2 processors in April.

It could well be that Vega 12 represents Vega Mobile and Vega 20 points toward the 7nm Vega Instinct card, or some other similarly plausible explanation, leaving AMD’s January outline for the year intact and our dreams very much shattered. However, AMD know the dangers of announcing their GPU plans all too early – i.e. Vega – and at this rate, AMD are expected to simply wait the year out and lose most of their recent momentum, which seems a little out-of-character for team red.