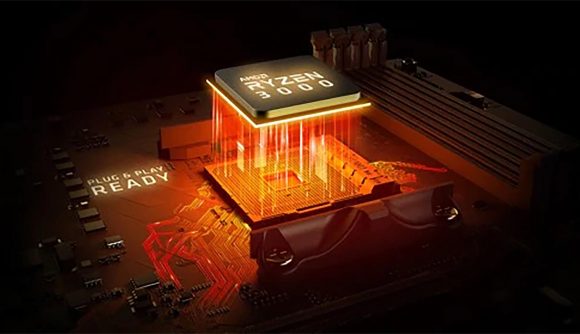 AMD has just announced a 16-core Ryzen 3000 processor, the Ryzen 9 3950X. With 16 cores and 32 threads from twin Zen 2 chiplets under the hood, this AM4 chip is bringing multithreaded creative chops to the client desktop market. And it was totally a surprise. I’m so surprised right now.

Back when Dr. Lisa Su first held up the 3rd gen Ryzen AM4 silicon earlier this year it was obvious that the company had some room under the heat spreader for up to 16 cores. However, when the third generation Ryzen processors were officially announced back at Computex, the lineup maxed out with the inaugural Ryzen 9 3900X, a 12-core, 24-thread processor.

Yet here we are, with the latest processor from team red – which was meant to be a surprise for E3 but was leaked a little early – taking Ryzen’s multithreaded performance one step further. The mammoth Ryzen 9 3950X delivers on the promise of that chiplet design, accommodating 16 cores clocked to 4.7GHz and resting at a base of 3.5GHz. The multiple CCX design, spread across two 7nm chiplets, seems to be paying dividends with this chip’s proficiency for high clock speeds.