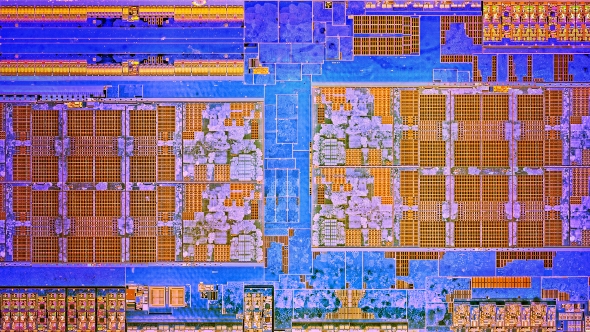 AMD have trademarked the name ‘Kyzen’ for some new bits of tech and speculation is running rampant as to what the new gear could be.

It looks like AMD are getting themselves ready to unveil new architecture, but should one of their current chips take pride of place on your motherboard? Find out in our guide to the best gaming CPUs out there.

A list of AMD trademarks on the Justia Trademarks database shows the company have filed to trademark several names – Kyzen, Aragon, Pharos, Promethean and Coreamp are among them. They sound suitably techie and code-name-y, but what the hell are they all for?

One name we can be relatively confident about is Kyzen. AMD have already mentioned in their roadmap they’ll be releasing a 14nm+ refresh of the Zen architecture. Given its one letter difference from Ryzen and its similarity to the Japanese word ‘Kaizen’, a term for continuous improvement, it’s fair to say Kyzen will likely be the name for these updated chips.

Yields for the current Ryzen chips are rumoured to be really solid already, at over 80%, but the 14nm+ update could potentially see this raised even higher. The refresh will likely also feature higher clock speeds, better energy efficiency and possibly higher overclocking potential. Crucially, AMD will also have improved the existing chips’ microcode by then, making for better memory compatibility. Genuine new features are likely to be saved until the second-generation 7nm Zen architecture comes along next year. 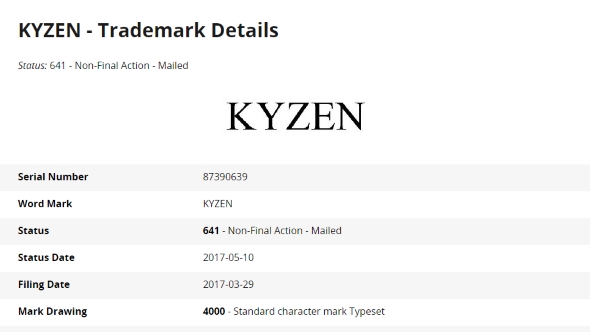 The Kyzen trademark application is currently at the same stage as Threadripper was back in February. Threadripper’s trademark was then announced to the public this May. This three month gap between publication approval and announcement to the public could mean if everything runs on time Kyzen will be announced around August/September time, right around when we expect Threadripper to launch.

Our estimate would put Kyzen’s release in March of next year, around a year since Ryzen’s launch. This would leave breathing space between the late 2017 release of Threadripper and give Kyzen it’s own shot at the limelight.

So what about these other names? Well, Coreamp certainly sounds like an overclocking reference, so the name may be used to reference an overclocking feature rather than the name of a product itself. Promethean sounds similar to Ryzen’s chipset Promontory, so it’s a likely successor to the current chipset. Aragon and Pharos, however, seem to have everyone stumped.

So, in an ideal world, what would you want an AMD Aragon to be?