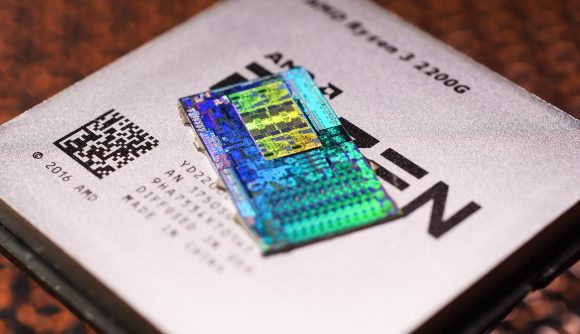 AMD has finally brought AMD Ryzen Processors with Radeon Vega Graphics in line with its mainstream AMD Radeon Software Adrenalin 2019 driver packages. While previously dependent on few and far between driver updates, Raven Ridge APUs will now have access to all the benefits previously limited to discrete Radeon graphics cards.

Ryzen Mobile processors especially had been on an almost non-existent, OEM-dependent driver update cycle since their release, bereft of the latest Adrenalin 2019 updates and day-0 game drivers. Gamers with HP Envy laptops fitted with AMD APU silicon had been stuck on the same drivers since November, 2017.

Previously AMD had reasoned that, due to the OEM-specific nature of these drivers, it was not feasible for it to release drivers alongside its usual Radeon cadence. It claimed the move could result in “less-than-ideal user experiences.” But AMD is now putting an end to the driver dry spell regardless. From February 25th onward, each and every driver release from AMD will support AMD’s range of discrete Radeon GPUs, Ryzen Mobile APUs, and Ryzen desktop AM4 APUs into a single driver package release.

“We have evaluated all customer feedback/concerns,” AMD says in its driver FAQ, “and believe we can provide a unified driver for the AMD platforms in market, and have delivered on the requests of our end-user community. With the increasing complexity of system software and the level of integration between the various layers of software with our current mobile platforms, we wanted to ensure we’re supporting a positive customer experience with a custom driver download.”

The driver package drastically increases performance for said APUs, too. Performance is up 10% in AMD’s testing across its testing suite of Destiny 2, Shadow of War, Rise of the Tomb Raider, Civ 6, and the Witcher 3. Your own mileage may vary, however.

Get the greatest: These are the best graphics cards going

And even if you’re one of the desktop lot, there’s still a reason to update your drivers to the latest release.

You can download the Radeon Software Adrenalin 2019 Edition 19.2.3 update direct from AMD. And it has also put together an FAQ if you’re lost in the Ryzen/Radeon/Vega fuzz.