Check out our guide to the best GPUs on the market today – the ones those pesky miners haven’t run off with, that is…

News of the AMD graphics card SKUs surfaced when 3DCenter reported details from their forum that the Vega XL would come with 3,584 shader units, while the Vega XT and Vega XTX would each come with 4,096 – the same as the already released Vega card, the Frontier Edition. They also revealed that the XTX would be an AIO water cooled version of the XT, thus having a TDP of 375W to the 285W the XL and XT will be sporting.

VideoCardz took the baton and ran with it, claiming to have access to sources that can confirm these SKUs exist, although they stop short of saying that the names mentioned are the final ones that’ll be used at release. They also added that the XT and XTX will feature 8GB of HBM2 memory, but that they’re unable to confirm whether or not a 16GB variant is on the way. 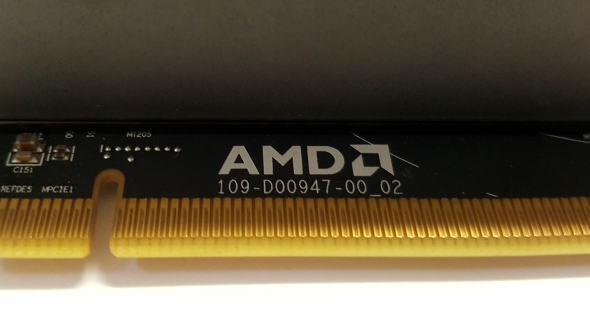 While it’s always wise to curb your enthusiasm when news like this arises, it’s not difficult to imagine this X-heavy naming scheme being used. AMD have been using XT and XL in GPU names for over a decade: the Rage XL, for example, was released all the way back in the bygone era of 1998 and the XL extension has been revisited since in ‘03 and ‘05, so bringing it back for these Vega cards isn’t out of the question.

Whether the likelihood of the naming scheme means the reported specs will be accurate when the RX Vega variants are announced at Siggraph (which is kicking off on July 30) is anybody’s guess.