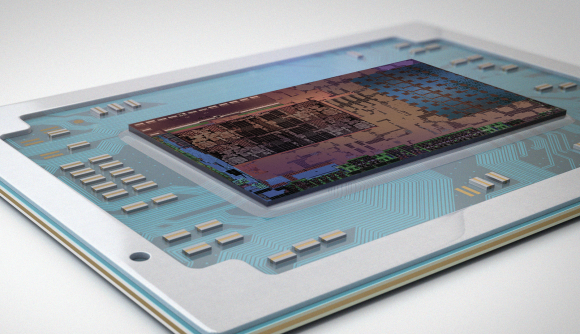 I know you’re all excited for Lisa Su’s keynote at CES 2019 on Wednesday, but before we get there AMD would like to introduce some new products. No, they’re not 7nm Zen 2 chips or new graphics cards capable of tearing down the RTX 2080 Ti for only a fiver, they’re brand new 12nm Ryzen mobile chips.

The latest Ryzen Mobile chips will be available in laptops during Q1. The top chip, the Ryzen 7 3750H, features four cores and eight threads, a 35W TDP, a 4.0GHz boost clock, and is accompanied by 10 CUs of AMD Vega graphics power on chip. That’s roughly analogous to the last-gen Ryzen 7 2700U, but remember: 12nm is not an area statement, it’s a power efficiency statement.

Despite not opting for the 12nm process with the first, 2000-series Ryzen Mobile chips, these APUs utilised the improvements to the SenseMI suite subsequently offered in the desktop 2000-series range. And yes, AMD really did botch the naming scheme real bad. Those same SenseMI improvements are also carry over with the 3000-series chips, but this time paired with the more efficient node.

The lowest spec chip, barring a budget Athlon at the bottom of the stack, is the Ryzen 3 3200U. This is a humble two-core/four-thread chip with a 15W TDP, and it boosts up to 3.3GHz. It also features just three Vega CUs on the chip.

Low-power ‘U’ variants of the high-end mobile chips will also be available, starting with the Ryzen 7 3750U and Ryzen 5 3550U.

AMD’s mobile APUs, based on the Raven Ridge architecture, fall one node behind their desktop CPU counterparts. While AMD Zen 2 is expected sometime this year on the 7nm process node, AMD’s APUs will remain on 12nm for the time being.

The red team also launched two new dual-core chips for Google Chromebooks, throwbacks to the old A-series. However, PCGamesN guidelines prevent me from ever discussing these laptops, bereft of games, more than I absolutely have to. Sorry.