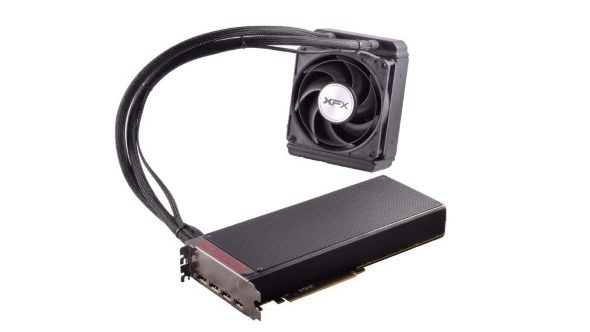 A dual-GPU AMD RX Vega card is beginning to look like a distinct possibility after a couple lines of Linux driver code reveal a telltale PLX chip may be in the mix.

Since we’re on the subject of face-meltingly good graphics tech, check out our article on the best GPUs that you can get your hands on.

The Linux driver code has recently been updated to support the upcoming Vega lineup (of which seven GPU IDs were recently found), and Reddit user 8BitsInAByte reckons four lines of the code reveal a liquid cooled, dual-GPU version may be among the new cards released. Particularly interesting are these two lines:

The ‘Plx’ sections of the code refer to a PLX chip, a chip built onto dual-GPU cards used to allow two graphics chips to fit on a single board slot by acting as a ‘splitter’ and combining their signals. This code only shows up when multiple components need to be bridged, and given the code has appeared in a recent driver update and the launch of Vega is on the way, it’s fair to say a dual-GPU Vega is a strong possibility.

AMD’s last go at a dual-GPU setup was the impressive Radeon Pro Duo, a lightning-quick combination with a price tag to match (its RRP is still over the $1000 mark at the time of writing). It’s aimed at the professional crowd and primarily marketed as a powerhouse capable of keeping up with the most demanding of workstation applications. The Pro Duo features liquid cooling – being a dual-GPU is warm work – and the code below shows this new dual-GPU will likely be liquid-cooled too. It’s looking like this potential Vega card could be an up-to-date and more powerful take on the same basic Pro Duo idea.

So what’s the bad news? Well, we don’t recommend multi-GPU setups in your gaming rig, even if you have the money to put one together. Some games won’t support multi-GPU setups, with some developers patching in compatibility after release and others never bothering at all. That’s not to say games won’t work at all on a dual-GPU rig, but who wants to pay through the nose for a card they can only use half of? Instead we’d always recommend buying the best single GPU card you can instead, that gives you the peace of mind of knowing your money has gone to good use.

It seems like this potential dual-GPU card might be a SKU financially out of reach for most gamers, though it’s also possible this could be AMD’s high-end riposte to Nvidia’s GTX 1080 Ti. With the final details still yet to be announced though we’ll have to wait for a potential Computex announcement at the end of the month.