The case put forth by two plaintiffs, who represent all others in the same situation, alleges AMD of deceiving customers regarding its “eight-core” Bulldozer processors. They claim the CPU giant misrepresented its Bulldozer architecture’s multicore capabilities, and that its“sub-processors” are not capable of independent tasks and therefore not discrete cores at all.

Both parties have now agreed to a settlement to put this matter to rest, which almost stands as a long-drawn-out apology for Bulldozer’s core failings. After all these processors launched way back in 2011. The settlement (via The Register), if agreed upon by the court, would see AMD set up a Settlement Fund of $12,100,000, from which each person with a valid processor purchase would be able to grab a share. That piece is estimated at around $35 a chip, although that would be watered down if more Bulldozer customers than expected were to take AMD up on the offer.

Also taking a slice out of that pie are the lawyers, who are expected to ask for no more than 30% of the fund – a little over $3.6m.

And while $12.1m may seem like a hefty sum, “considering the number of at-issue CPUs that were sold at retail,” the best case scenario was roughly a $60 million verdict in the plaintiff’s favour.

The settlement agreement is currently seeking preliminary approval, and following that a final approval hearing. If all goes to plan for the plaintiff’s, any affected will be able to claim a share of that fund relatively soon. But, as the legal doc states and despite leaving free money on the table, very few eligible customers will make the claim. 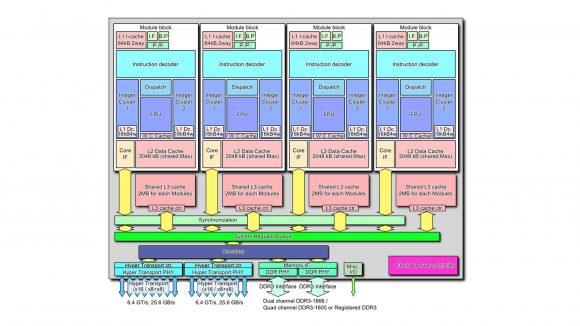 This isn’t the first major class action against a large gaming hardware manufacturer, either. A few years back, Nvidia faced a similar proposal by its customers claiming it misrepresented the memory available on its popular GTX 970 graphics card, and resulting in a $30 payout to eligible customers.