The US government’s blacklisting of Huawei Technologies Co. is going to cost AMD nearly $39m in revenue. Now that US-based companies are forced to seek US govt. approval for all business deals with the Chinese tech giant, the likes of AMD, Nvidia, and Intel are set to lose a hefty chunk of change now that their lucrative supply deals with Huawei are likely to be cut short.

Best known to most for its mobile phones and networking equipment, Huawei has in recent months earned the ire of the US government over security concerns. The latest crackdown from the Commerce Department following a breakdown in US-China trade talks means US-based companies must now seek the US government permission to supply the Chinese manufacturing giant.

According to data from Goldman Sachs compiled by Reuters (via Hardware.info), AMD is set to be hit hardest, in percentage terms, out of the big three US PC hardware companies. Its revenue from Huawei is reportedly some 268 million yuan (~$39m), or 2% of its revenue stream. That’s no insignificant sum. Meanwhile Nvidia will be risking 145 million yuan ($21m), accounting for 1% of its business.

Intel is set to lose out most of all in terms of actual cash revenue lost from the crackdown on Huawei. It’s set to lose 589 million yuan (a little over $83m) from the US government ruling.

x86 or bust: These are the best CPUs for gaming

US optoelectronic company, NeoPhotonics, is at risk of losing 47% of its revenue, which could put it at serious risk. The company has lost more than 40% of its value since the start of May as a result.

Microsoft, Micron, Seagate, Qualcomm, Broadcom, Marvell, Western Digital, and Texas Instruments are just some of the other notable names expected to lose millions to the Huawei trading dispute. 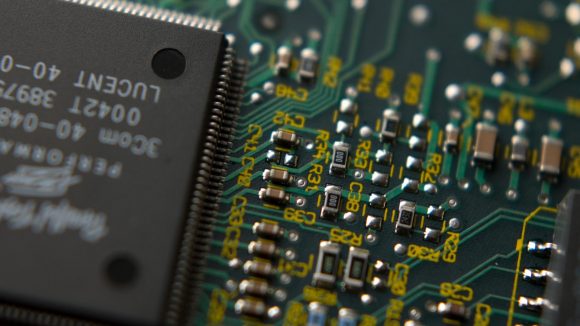 The ban on US companies trading with Huawei follows shortly after US-China trade talks fell through. The US has also continued its policy of increasing trade tariffs on Chinese goods, many up to 25%, with the semiconductor market receiving particularly tough levies during the first round of tariffs.

Huawei’s suppliers are Chinese for the most part, accounting for 30% of the company’s supply. However, the US accounts for a hefty 23% of its supply chain, with Taiwan in third place at 6%.

So it seems a great number of US tech companies, including those near and dear to us PC gamers, are set to lose a huge amount of revenue from the latest round of squabbling between the two nations – or at least until Huawei’s competitors gobble up its market share and redistribute its considerable wealth back to suppliers in the US and further afield.

And all in the name of isolating and crippling a single Chinese tech giant. A worthy sacrifice? To the US government, it would seem so.