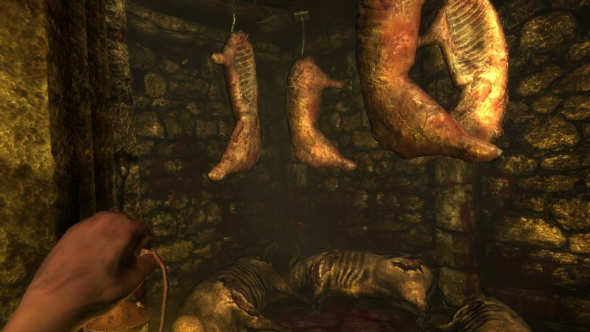 If you’ve played Amnesia, you’ll know Frictional Games can do horror very well. In fact, they could be credited with popularising that genre of horror – you know, skulking down corridors unarmed and slowly opening doors until a jump scare happens.

Check out our list of the best horror games on PC for more surprises and things that go bump in the night.

Their next game, Soma, proved there was more to Frictional than that, though. Soma’s best scares come from existential pondering – they come from the story. In fact, the bits where monsters hunt you are easily the worst parts of that game, which is something Frictional seemed to acknowledge by not making them kill you outright when captured.

In an interview with Game Reactor, Frictional founder Thomas Grip revealed the studio are working on two games, and one of them has nothing to do with horror.

“We’ve already done two games which are about being hunted by monsters,” says Grip. “It feels old, we want to try and get away from it or figure out new ways to make it more exciting. We’re also trying to stray away from horror games. One of the games we’re making is going to be horror but the other is going to be focused on telling a very, very interesting story.”

According to Grip, Frictional are making two new games and one is much further along than the other, though he wouldn’t reveal which that was – the new horror game or the story-based project.