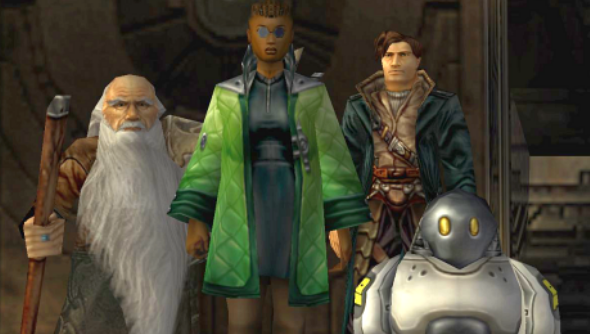 Square Enix is looking for developers to pitch ideas for games based on three of the company’s existing IPs: Gex, Fear Effect, and Anachronox. Approved developers will be able to create a game based in these universes, either as a sequel to the existing games or something entirely new with a shared setting.

Whilst Square Enix is looking for developers to pitch, they’re not financing any approved games. Instead, developers will be expected to finance their own work through the use of crowdfunding.

In a statement sent to Game Watcher, Square Enix explained the system: “Firstly, we’ll pre-approve anything internally that is published on the Feedback platform… If the response is good, then it’s into crowdfunding, which no doubt begs an important question: Why ask gamers to pay for a game to be made if it’s using our IP? Well, because it will still be the responsibility of the independent developer to build the game – and the developer will still be the key beneficiary of its success.”

When the game has been funded and developed, Square will step in to do the distribution. In return, they’ll take 5% of any funds raised, 10% of sales revenue for publishing and distribution, and a further 10% for licensing on the IPs.

“Still, that means the developer will keep 80% of the net revenue from sales of the game – and who knows, maybe we’ll be interested in licensing a sequel as well? It’s a pretty good deal,” says the statement.

There haven’t been games in the Gex, Fear Effect, or Anachronox franchises for years, so it will be interesting to see what pitches come forward. “We’d love to see different takes on those universes. What would Gex look like in a side-scrolling adventure, or a turn-based strategy? So feel free to mash up genres, and get creative,” say Square. It’s a new direction for Square Enix Collective, a sub-section of the publisher that focuses on developing existing IP with new studios. How successful it will be remains to be seen, especially considering the continued controversy surrounding crowdfunding. The last thing Square Enix want is a Godus-style catastrophe on its hands.