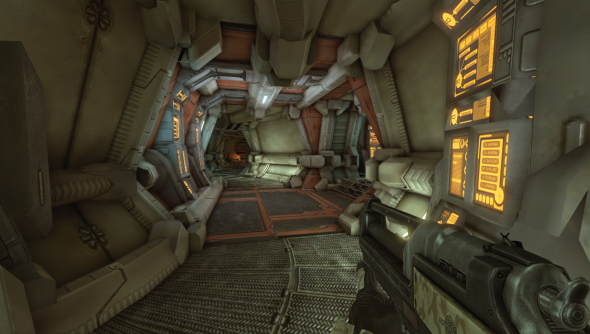 Is it a bird? Is it a plane? No, it’s none of them – Angel Falls First is a whole lot else though: first person shooter, spaceship fighter sim, and real time strategy combined into one tidy package. If this piques your interest, then I’ve got some good news: the game has already been greenlit on Steam, and is deep into development.

The devs have just released a new trailer that demonstrates the many ways you can play the game, and we’ve got it below.

I know what you’re thinking – this is Battlefront without the Star Wars. But until we get the official sequel later this year, this is the next best thing on the market.

Here’s what caught my attention the most about Angels Fall First – it has full AI bot support. If PVP isn’t your style, you can play co-op with a friend against the AI, or entirely offline if that’s your thing. If the AI is up to scratch, this is definitely one to keep your eye on this year.