If you don’t stamp out unrest in Anno 1800 it can spread through your town like a wildfire, and be just as destructive. We saw this in action during a presentation at Gamescom, when being shown how riots can start and what tools you’ll have to stop them.

Another classic PC series returning to its roots is Age of Empires 4.

Anno 1800, like its predecessors, is a city builder built on layers of simulation. As such, when you place buildings, your populace reacts to the new tools and resources at their disposal. However, a big push in Anno 1800 is to reflect that new spurt of activity not just in spreadsheets and menus, but actively in the game world itself.

Before we saw the riot, we saw a smaller scale and more upbeat example of this system play out in a poorly stocked zoo.

When you first build a zoo in Anno 1800, your city pulls in animals it can find locally, so this zoo had some sheep, pigs, and seagulls. Not exactly a crowd puller. However, as luck would have it, one of our steam ships had then happened to pull into port with a hold filled to the brim with exotic animals. 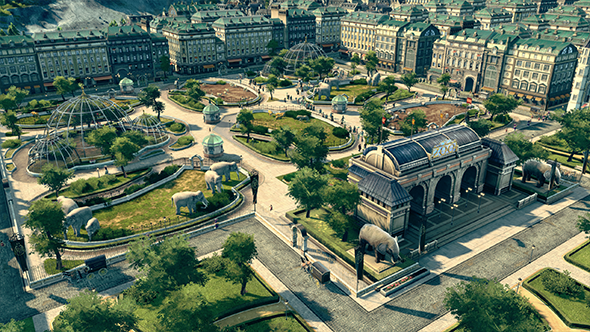 The developer leading the demo showed how each cage in the zoo was a separate module that could be swapped out. The sheep were replaced with elephants, the pigs with tigers, and the gulls with parrots. Within seconds, streams of visitors came out from the city and up the hill to the zoo, packing out what had been nearly abandoned before.

However, while the zoo was fixed, trouble was brewing elsewhere in the city. Workers sick with low wages had started a strike. When we zoomed our camera in on the trouble spots we could see people standing on soapboxes addressing angry crowds, barricades made of scrap wood around them, the police looking on nervously.

Clicking on the town’s police station, we were able to order out a phalanx of mounted police followed by wagons to cart off prisoners. The horsemen charged at the mob, knocking many of them down with their billy clubs and sending them into the back of the wagons. But the assault wasn’t enough and the crowd kept growing.

The strike began to spread, turning into a full-blown riot, and a great mob of disgruntled citizens armed with torches and placards began to march on the town hall. All along the streets, out of the windows of houses, people were throwing furniture – a sign of looting and ransacking. 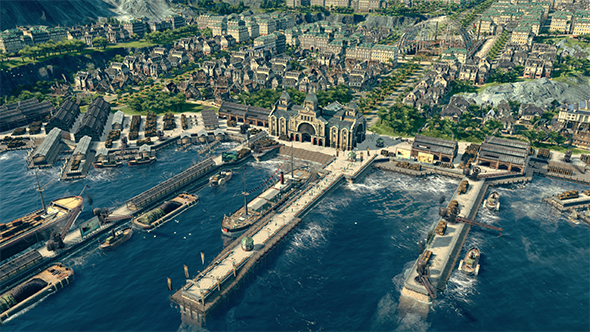 We’ve seen this kind of civil unrest in games before but rarely is it visible in-game with such detail. The boon of this is that your citizens’ frustration, that was previously coldly stated in a spreadsheet, is now a wave of destruction that sweeps through your city. It’s a great way to pin how your high-level decisions impact the city you control.

Separately, I now I want to spend all my time collecting animals for the zoo.