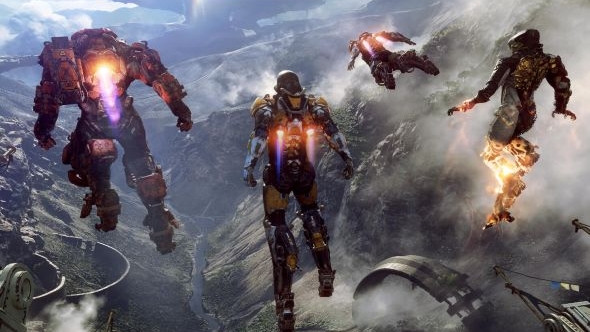 We could get another look at Anthem ahead of E3. BioWare’s technical design director Brenon Holmes has been hinting that we might not have to wait until the summer to see what the studio has in store.

Here’s everything we know about Anthem.

In a Reddit post discussing monetisation options around EA games, Holmes was asked by one user whether players are “going to get any info or another look at the game before spring/summer.” Being cryptic, Holmes replied, “shakes magic eight ball ‘Outlook good’.” When asked for specifics on whether that meant spring or summer, Holmes simply re-shook his eight ball, replying “Yes.”

That’s obviously very vague, and doesn’t serve to offer much in terms of concrete details, but it does at least suggest that we won’t have to wait for E3 or Gamescom to see more footage from BioWare’s upcoming sci-fi adventure.

Elsewhere, Holmes has been discussing the nature of Anthem’s open world. In a separate post, Holmes says the world will be “a bit of a mix” between the worlds of Destiny and The Division. “Destiny has some very cool sever technology,” he says, but adds that BioWare are “taking a different approach, so our areas are a fair bit larger, but there will likely be some loads between some of the areas.”