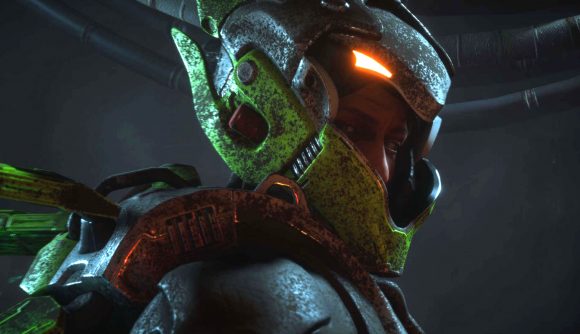 People are playing Anthem, but it’s technically not out yet – we’ve just had a week of paid early access. There’ll be a day one patch on the actual Anthem release date, and in addition to the performance improvements and bug fixes you’d expect, there are also some notable design changes to address early complaints – and one big change is already live as part of a hotfix.

Midway through the story, you’ll run upon the Tombs of the Legionnaires, which require you to complete quotas of things like melee kills and resurrections to open tomb doors. The game doesn’t progress until you do, so you’re stuck grinding out mundane tasks before you can get on with the rest of the campaign.

Or rather, that was the case – a new hotfix lets progress through those challenges starting at level three, much earlier in the game. Since most of the challenges concern things you’d be doing anyway, you’ll likely have completed most of them by the time you reach the tombs. It may take a bit of time to clear out the remainder, but it won’t be the hours of grinding previously required.

Separate from that, you can find the day one patch notes on Reddit. You can expect better loading times, fixes for infinite loading screens, and a general reduction in disconnections and crashes.

The gather party system has been made “more lenient” in general, so you won’t have quite so many nightmare flashbacks to the ‘you must gather your party before venturing forth’ days.

Related: Check out our guide to Anthem combos

While our Anthem PC review-in-progress was very positive, Rich doesn’t seem to be feeling so great about BioWare’s latest with more hours invested. Some of those issues are getting smoothed over by these updates, but we’ll soon have a full review breaking down the good and the bad.